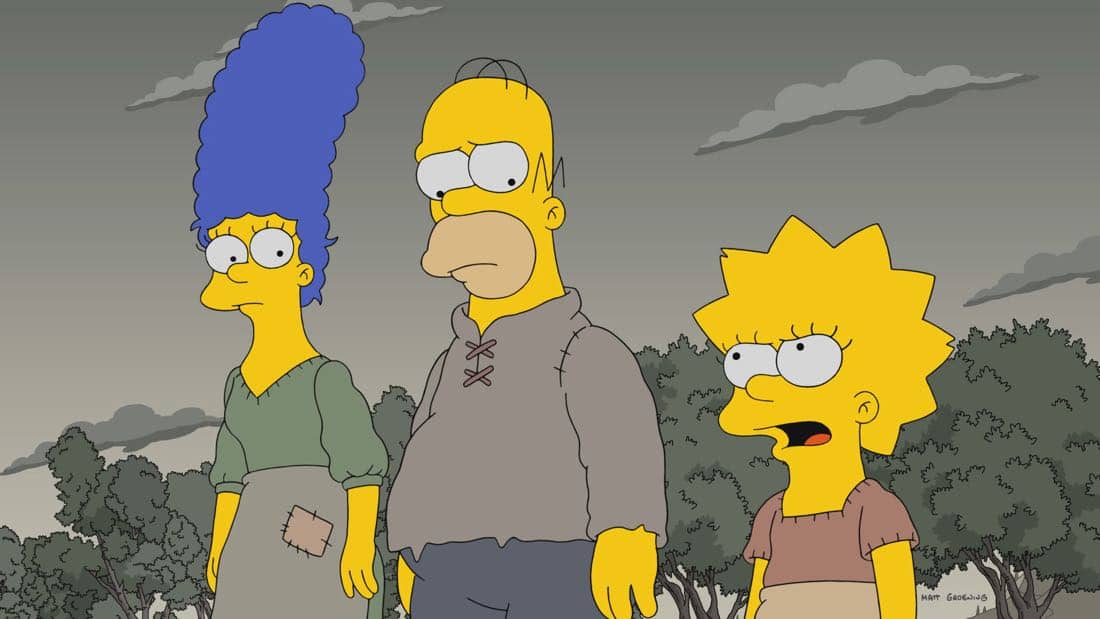 In a magical medieval world, Marge’s mother is turned into an Ice Walker and the only way for Homer to afford the cure is to force Lisa to use illegal magic. When the King discovers this, he kidnaps Lisa, and Homer must lead a feudal uprising to save her in the all-new “The Serfsons” Season 29 premiere episode of THE SIMPSONS airing Sunday, Oct. 1 (8:00-8:30 PM ET/PT) on FOX. (SI-2817) (TV-PG D, L, V)

The series has won 32 Emmy Awards, 34 Annie Awards and a 2016 People’s Choice Award. It was the first animated series to win a Peabody Award, and was nominated for an Academy Award in 2012 for the theatrical short “The Longest Daycare.” “The Simpsons Movie” was a hit feature film, the mega-attraction The Simpsons Ride at Universal Studios has received historic expansion updates with the addition of “Springfield,” and the show was honored with a Star on The Hollywood Walk of Fame in 2000. It has been named the “Best Show of the 20th Century” by Time magazine, and called the “Greatest American Sitcom” by Entertainment Weekly in 2013. The series recently was nominated for a 2016 Emmy Award in the category of Outstanding Animated Program.