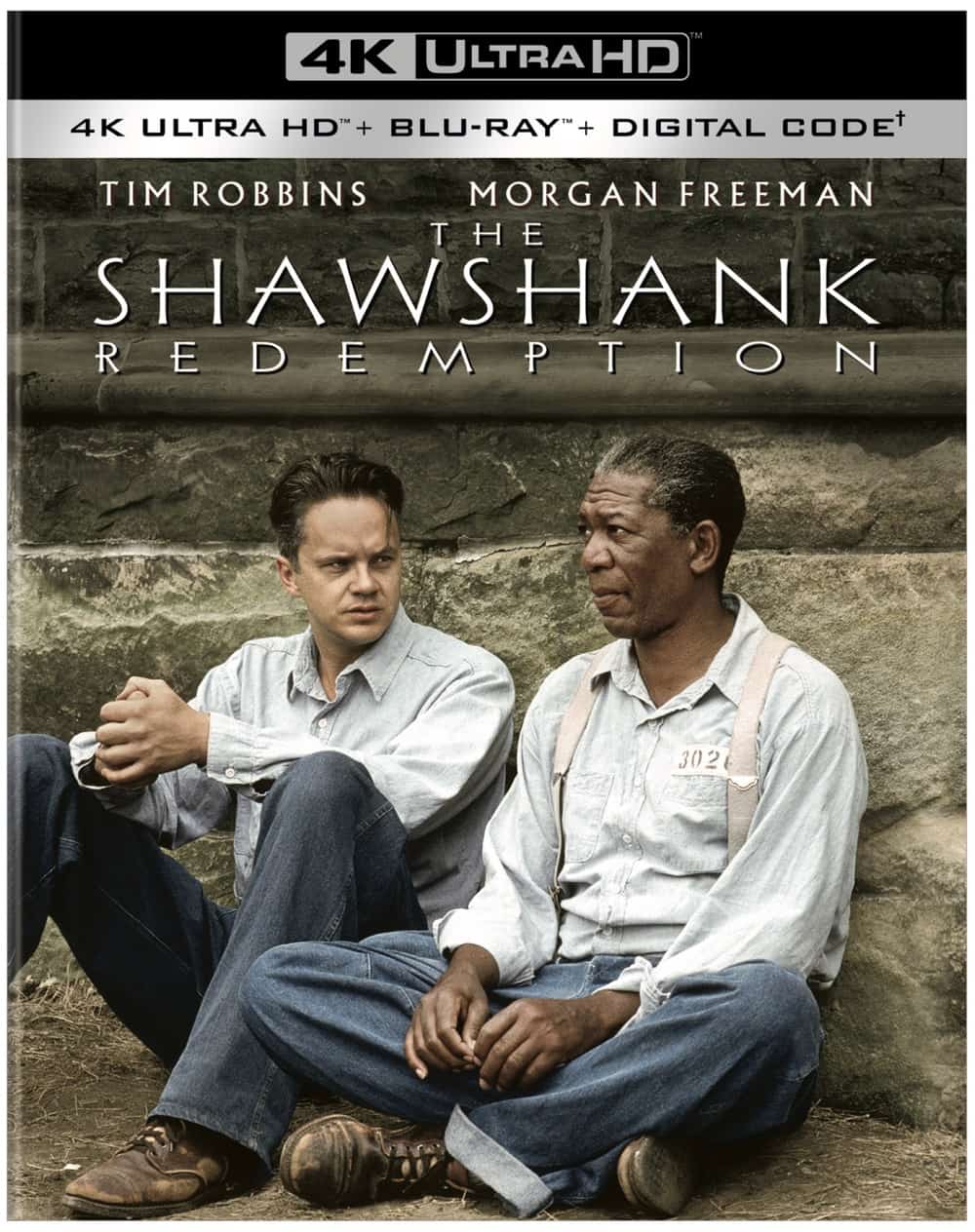 The Shawshank Redemption, which received seven Oscar® nominations, including Best Picture, Best Actor, Best Original Score and Best Screenplay, will be released on Ultra HD Blu-ray Combo Pack and Digital on September 14, it was announced today by Warner Bros. Home Entertainment. Released in 1994, the film marked the feature directorial debut of its screenwriter, Frank Darabont.

The Shawshank Redemption, the emotionally moving portrayal of a friendship between men under the harshest of circumstances, stars Academy Award® winning actor Tim Robbins (Mystic River, Bull Durham) and Academy Award® nominee Morgan Freeman (Driving Miss Daisy, Unforgiven, Bruce Almighty).  Based on Stephen King’s novella “Rita Hayworth and the Shawshank Redemption,” the movie won Frank Darabont an Oscar®nomination for his adapted screenplay and critical acclaim for his directorial debut.  Mr. Darabont is one of only six filmmakers in history with the unique distinction of having his first two feature films receive nominations for the Best Picture Academy Award:  1994’s The Shawshank Redemptionand 1999’s The Green Mile.

In 2015, the United States Library of Congress selected The Shawshank Redemption for preservation in the National Film Registry, finding it “culturally, historically, or aesthetically significant”.

This inspiring drama tells the story of Andy Dufresne (Robbins), a prominent banker unjustly convicted of murder and sentenced to life imprisonment at Maine’s Shawshank Prison.  He is befriended by longtime convict Red (Freeman) who’s been in long enough to know the ropes and helps him cope with the frightening realities of prison life.  As the two men grow closer, so does the sense of hope that can truly set them free.

On September 14, The Shawshank Redemption 4K UHDwill be available to own for streaming and download to watch anywhere in high definition and standard definition on favorite devices from select digital retailers including GooglePlay, Vudu, Xbox and others, and will be made available digitally on Video On Demand services from cable and satellite providers, and on select gaming consoles.