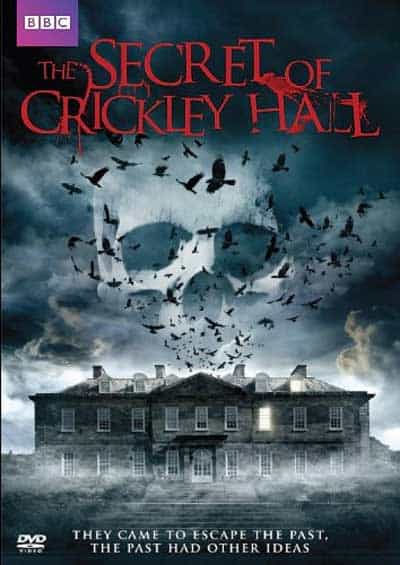 Seat42f and BBC Home Entertainment have teamed up to give THREE lucky winners a copy of THE SECRET OF CRICKLEY HALL on DVD. For a chance to win leave a comment below telling us why you want to add THE SECRET OF CRICKLEY HALL to your DVD collection. Only one entry per person. Contest ends October 22nd. Winners will be notified on October 23rd via email so make sure to use a valid email address when you post your comment.

DVD RELEASE DATE : October 8th, 2013
Based on the novel by best-selling author James Herbert, this bone-chilling thriller begins a year after the disappearance of 5-year-old Cam Caleigh. Cam’s parents, Gabe (Tom Ellis, The Fades) and Eve (Suranne Jones, Doctor Who), seek a new start for their family by moving to Crickley Hall – a seemingly perfect countryside house. But when Eve begins to hear Cam’s cries and a frenzied cane-wielding specter goes after their terrified daughters, the Caleighs realize that the house comes with a lot more than they bargained for… The story shifts between the present day and 1943, when the house was an orphanage for children who had been evacuated from London during the war and run by the frightening Augustus Cribben (Douglas Henshall, Primeval). As past and present come together, the Caleighs desperately race to unravel the mystery of the house and its connection to their missing son before the evil that stalks Crickley Hall claims their other children. Also starring Maisie Williams (Game of Thrones), BBC AMERICA’s classic haunted house thriller is full of scares, yet underpinned by the heartbreaking story of a family that needs to heal, and ghosts who need to be laid to rest.
Share
Tweet
Pin it