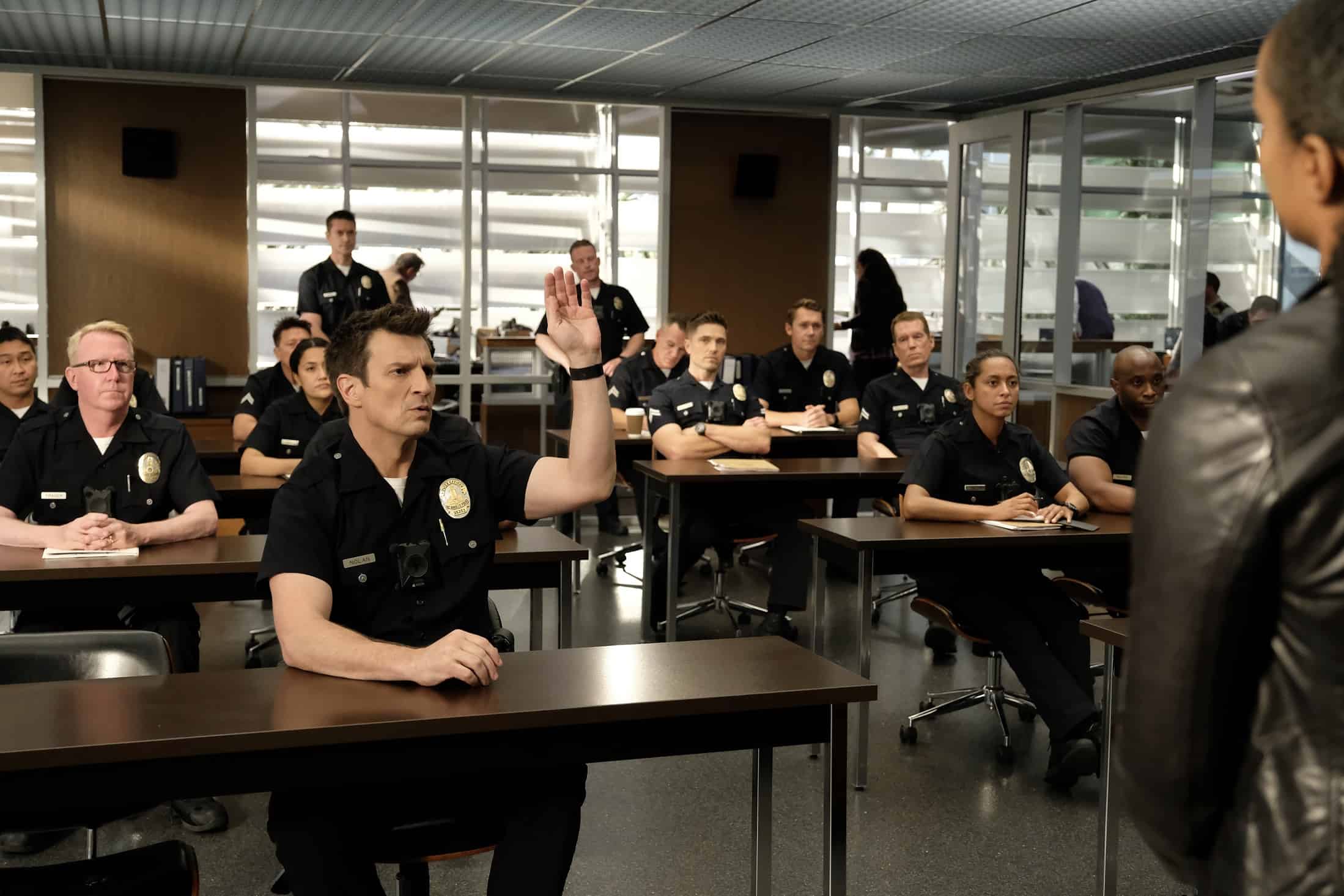 THE ROOKIE Season 3 Episode 14 Photos Threshold – Officer Nolan mildly injures himself  while chasing down a shoplifter and the local DA wants to charge the suspect with assault despite Nolan’s wishes. Meanwhile, Lucy goes undercover, Lopez’ wedding venue is seized by the FBI and Nolan meets his new neighbor on the season finale of “The Rookie,” SUNDAY, MAY 16  (10:00-11:00 p.m. EDT), on ABC. Episodes can also be viewed the next day on demand and on Hulu. s03e14 3×14 3.14 s3e14

“Threshold” was written by Alexi Hawley and directed by Lisa Demaine.