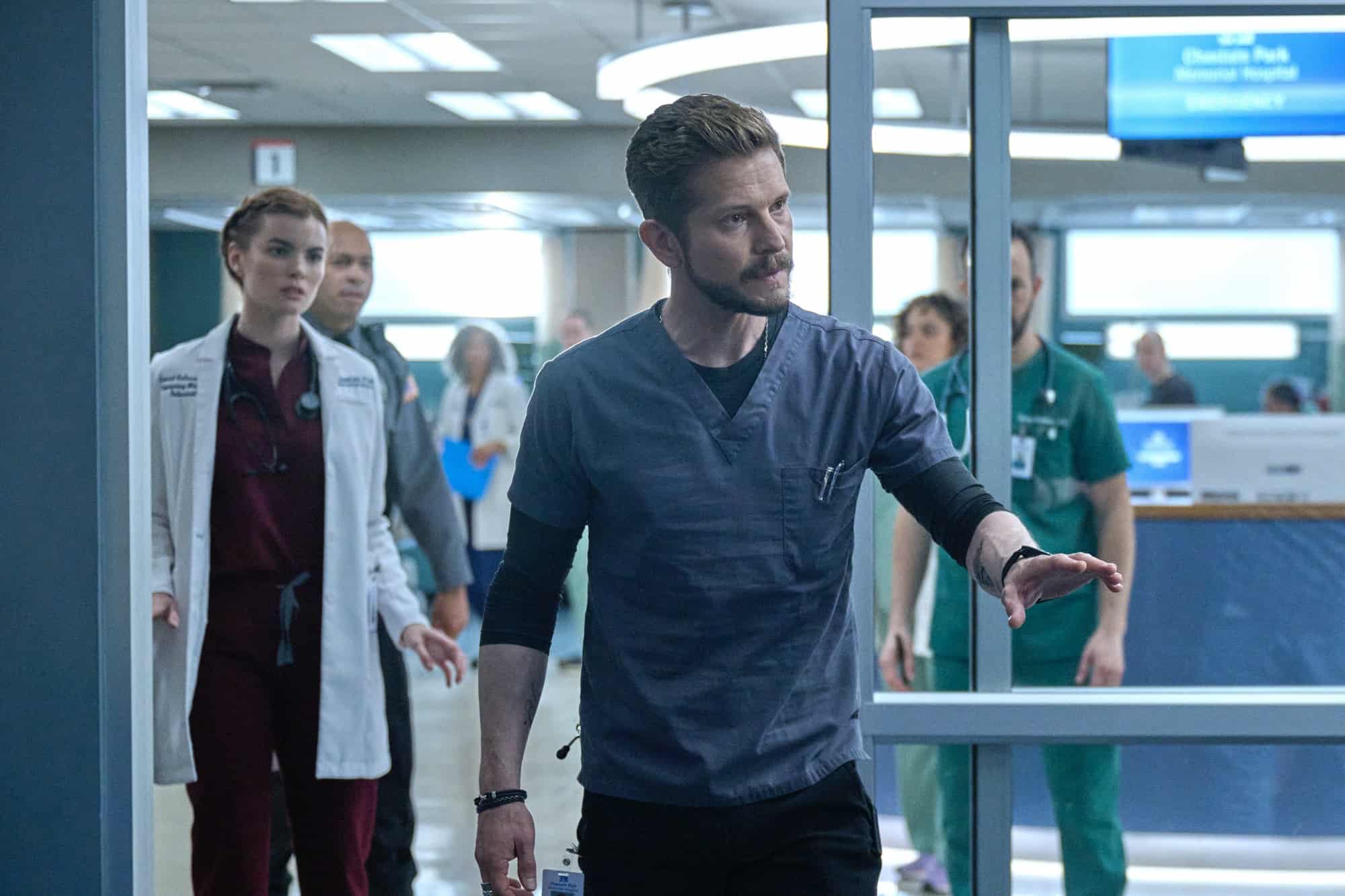 THE RESIDENT Season 6 Episode 2 Photos Peek And Shriek – The high stakes governor election results in violence at the polls, causing multiple victims to arrive at Chastain.

THE RESIDENT continues to shine a light on the daily heroism of our health care workers. The provocative medical drama follows the doctors and nurses at Chastain Memorial Hospital as they face personal and professional challenges and fight for their patients’ health.

Season Four saw a multitude of highs and lows as the heroes at Chastain struggled to overcome the impossible, including the unprecedented and devastating Covid-19 pandemic. Now, in a propulsive and emotional Season Five, the ante is upped, as the doctors continue to save patients and fight corruption in the healthcare system, this time with a partner.

The alliance with Big Pharma that found a cure for sickle cell disease last season proves in Season Five to be a very sharp double-edged sword. The season kicks off when a mysterious ransomware attack threatens the hospital, and DR. DEVON PRAVESH (Manish Dayal) and Chastain’s recently appointed CEO, DR. KIT VOSS (Emmy Award and Golden Globe winner Jane Leeves), must make high-stakes, split-second decisions with lives in the balance.

Meanwhile, DR. CONRAD HAWKINS (Matt Czuchry) and Nurse Practitioner Nicolette Nevin’s attempts to navigate parenthood, marriage and work-life balance take a shocking turn when Conrad is forced to make a life-changing choice that will alter the course of their family forever. After the unwanted arrival of DR. BILLIE SUTTON’s (Jessica Lucas) biological son, she is forced to confront her past head-on in hopes of healing.

Luckily, she’ll have help with the emergence of a new friendship – and rivalry – with DR. AJ AUSTIN (Malcolm-Jamal Warner), who unknowingly takes an interest in Billie’s son, TREVOR (Miles Fowler). Elsewhere, a wrench is thrown in the plans of DR. LEELA DEVI (Anuja Joshi), when an unannounced visitor threatens her new relationship, and DR. RANDOLPH BELL (Bruce Greenwood) moves forward with a surprising love interest.

A new wrinkle five episodes into the season will challenge audience expectations and reveal new truths about our characters. Old relationships will be tested, new ones formed, and the emergence of a wide-spread Medicare fraud scheme ensures Chastain will never be the same.