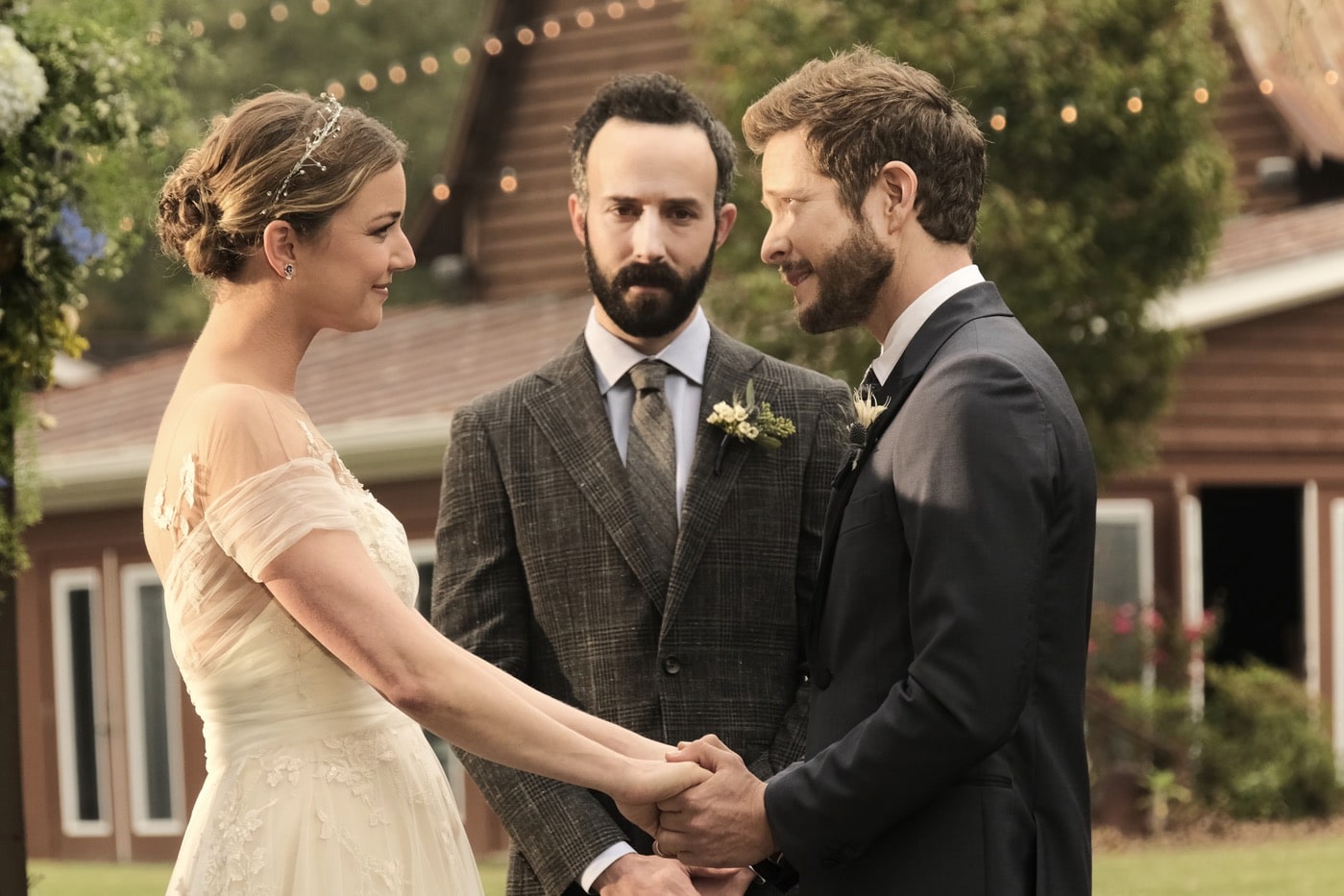 THE RESIDENT Season 4 Episode 1 Photos A Wedding, A Funeral – s04e01 4×01 – After a long wait, Conrad and Nic prepare for their wedding day with the support of their family and friends. Meanwhile, flashbacks to the early days of the COVID-19 crisis shine a light on the heroism of the doctors and the toll the virus took on everyone at Chastain Memorial in the all-new “A Wedding, A Funeral” season premiere episode of THE RESIDENT airing Tuesday, Jan. 12 (8:00-9:01 PM ET/PT) on FOX. (RES-401) (TV-14 D, L, V)