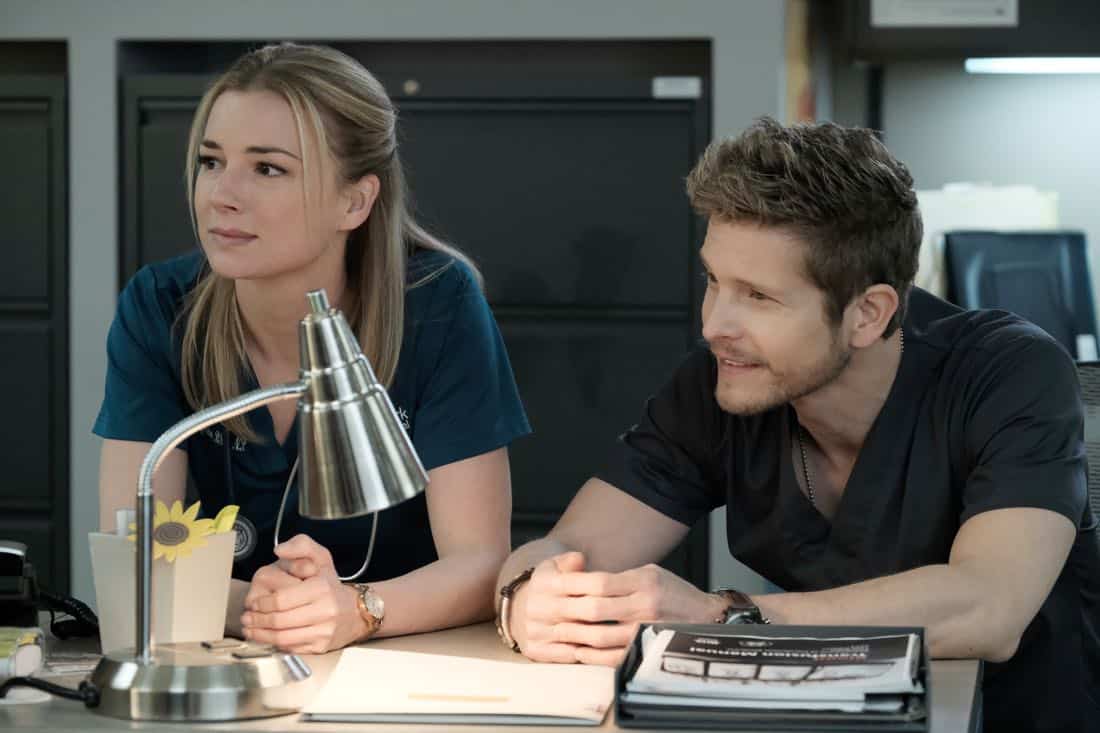 Conrad’s ex-fiancé, Catherine (guest star Joanne Kelly), is admitted to the hospital with abdominal pain that proves to be quite the medical mystery. As Conrad doggedly tries to figure out her diagnosis and fights the idea of Bell performing her operation, Nic gets some insight into Conrad’s past. Meanwhile, Bell panics when Claire announces that she will be installing cameras in all operating rooms, Devon wracks his brain for the perfect birthday present for Priya and Lane realizes that Nic is suspicious about her clinic in the all-new “Lost Love” episode of The Resident airing Monday, March 26 (9:00-10:00 PM ET/PT) on FOX. (RES-108) (TV-14 L, V) THE RESIDENT Season 1 Episode 9 Photos Lost Love.