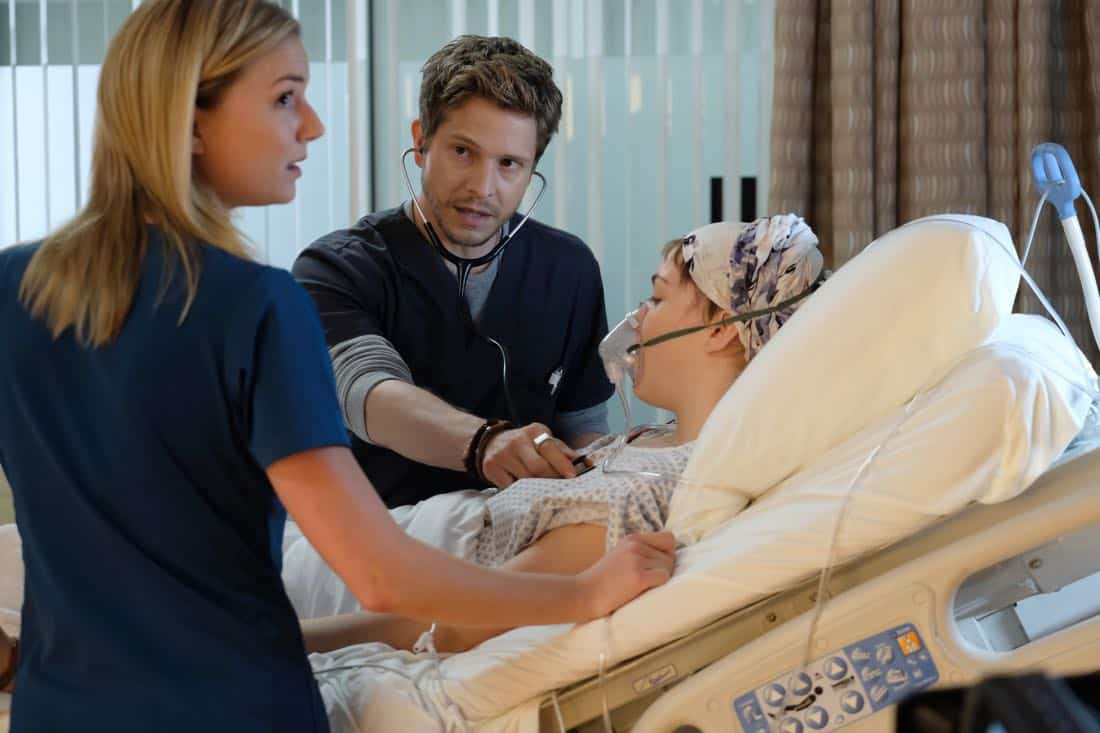 After a mix-up in the ER causes Conrad to deliver a death notification to the wrong family, he sets out to fix it. Meanwhile, Nic struggles to find a patient’s records who has been under Lane’s care, Devon forms a bond with an elderly patient and Mina is benched after overreaching in the surgical unit in the all-new “Identity Crisis” episode of THE RESIDENT airing Monday, Feb. 5 (9:00-10:00 PM ET/PT) on FOX. (RES-104) (TV-14 L, S, V) THE RESIDENT Season 1 Episode 4 Photos Identity Crisis