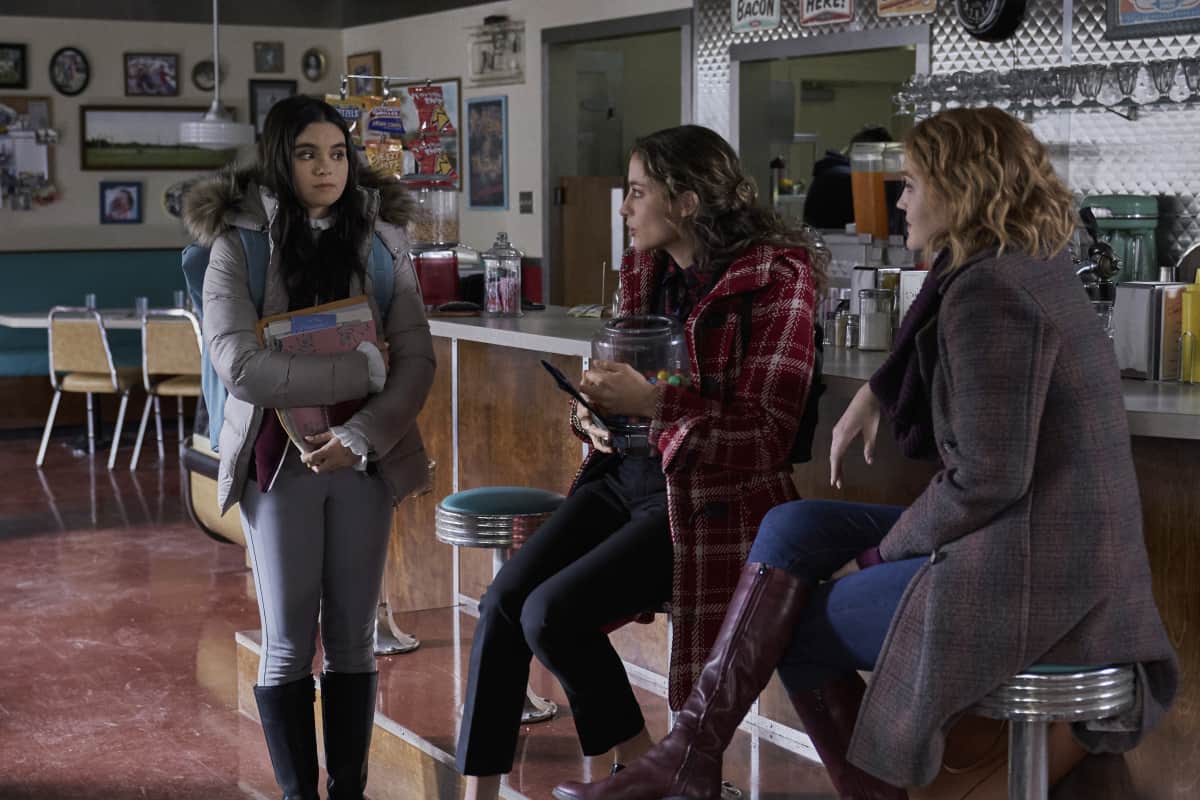 THE REPUBLIC OF SARAH Season 1 Episode 2 Photos Power – A LEADER OR A FRIEND – Sarah (Stella Baker) is faced with her first major challenge as a leader when Greylock’s power is shut off. Negotiating with utility companies doesn’t go as planned, so Sarah proposes a controversial new idea that involves inviting Danny (Luke Mitchell) and Lydon Industries back to town. After a pep talk from AJ (Nia Holloway), Sarah knows she must make some tough decisions, which causes problems for Grover (Ian Duff) and Corinne (Hope Lauren). Meanwhile, Bella (Landry Bender) pushes boundaries with her dad when it comes to spending time with Tyler (Forrest Goodluck) and Sarah, which leaves Maya (Izabella Alvarez) wondering if she misjudged Bella.

Megan Follows also stars. Erica Dunton directed the episode written by Jeffrey Paul King (#102). Original airdate 6/21/2021. Every episode of THE REPUBLIC OF SARAH will be available to stream on The CW App and CWTV.com the day after broadcast for free and without a subscription, log-in or authentication required. s01e02 1×02 1.02 s1e2