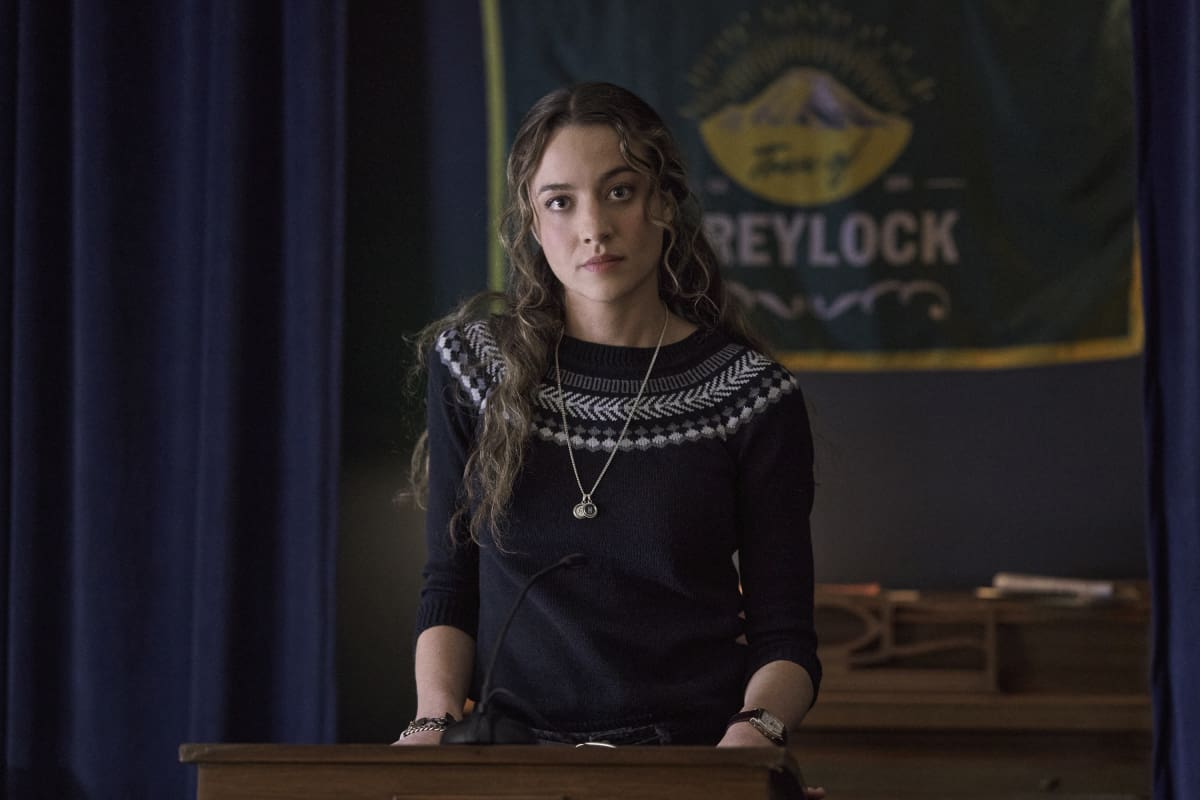 THE REPUBLIC OF SARAH Season 1 Episode 1 Photos Pilot – SERIES PREMIERE – The bucolic tranquility of Greylock, New Hampshire is upended when a massive vein of coltan – an incredibly valuable mineral used in tech – is discovered under the town. State-backed mining company Lydon Industries swoops in with plans to extract the mineral, which will wipe Greylock off the map. With her friends and family in danger of losing their homes, rebellious high school teacher Sarah Cooper (Stella Baker) vows to stop Lydon’s bulldozers. Leading Lydon’s efforts is Sarah’s estranged brother, Danny Cooper (Luke Mitchell).

There seems to be no way to stop the town’s impending demise, until Sarah proposes an oddly intriguing solution: Greylock could declare independence, since the town’s land was never properly claimed by the United States. With the help of a group of supporters that includes Sarah’s friends and three of her teenage students – LA transplant Maya Jiménez (Izabella Alvarez), introspective outsider Tyler Easterbrook (Forrest Goodluck), and preppy “popular girl” Bella Whitmore (Landry Bender) – they win the vote. Now, Sarah and her allies must confront an even more daunting task: building a country from scratch. Kat Candler directed the episode written by Jeffrey Paul King (#101). Original airdate 6/14/2021. Every episode of THE REPUBLIC OF SARAH will be available to stream on The CW App and CWTV.com the day after broadcast for free and without a subscription, log-in or authentication required.