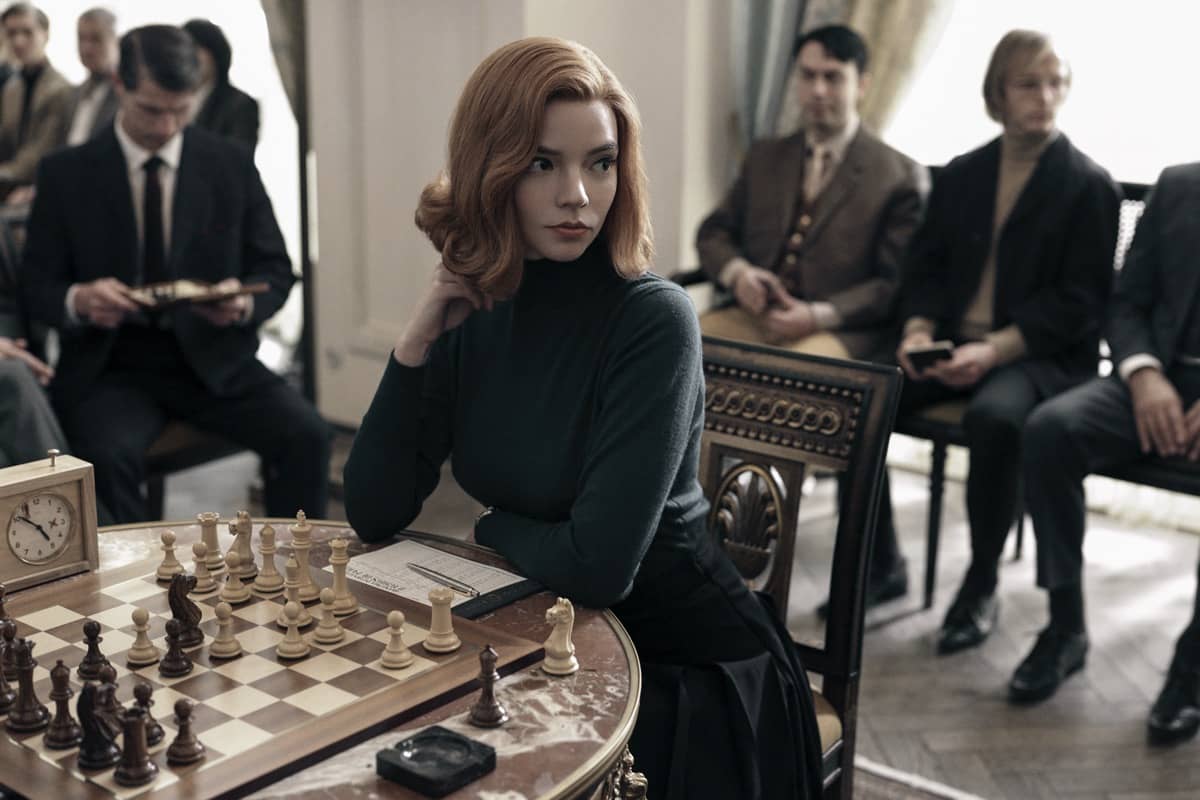 THE QUEEN’S GAMBIT Official Trailer – Based on the novel by Walter Tevis, the Netflix limited series drama THE QUEEN’S GAMBIT is a coming-of-age story that explores the true cost of genius. Abandoned and entrusted to a Kentucky orphanage in the late 1950s, a young Beth Harmon (Anya Taylor-Joy) discovers an astonishing talent for chess while developing an addiction to tranquilizers provided by the state as a sedative for the children. Haunted by her personal demons and fueled by a cocktail of narcotics and obsession, Beth transforms into an impressively skilled and glamorous outcast while determined to conquer the traditional boundaries established in the male-dominated world of competitive chess. The series is directed and written by two-time Academy Award nominee Scott Frank and executive produced by Frank, William Horberg and Allan Scott, who also co-created the series. THE QUEEN’S GAMBIT stars Anya Taylor-Joy, Marielle Heller, Thomas Brodie-Sangster, Moses Ingram, Harry Melling and Bill Camp.