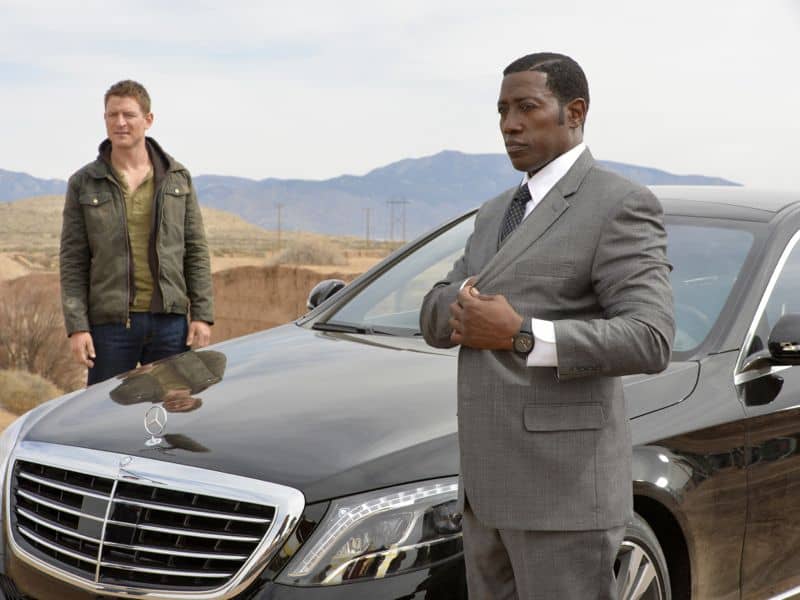 NBC’s THE PLAYER is about a man caught in a gambling ring. A secretive group has developed a technology to predict crimes, and the rich and powerful bid on whether the crime can be stopped or not. Our hero is recruited to play the good guy in the game, and if they can justify to him morally why he should participate, he may just have a new career. In this case, twisting convention, viewers will be likely to hate the game, not the player.

Based on that description, THE PLAYER isn’t quite like any other series on television, but it has a lot of similarities to other programs. Like Person of Interest or Minority Report, it deals with future crime. And like a whole lot of other series, it is a crime procedural, with a different case being presented each week for the cast to work to stop. So while it does have a couple of things to set it apart, at its core, THE PLAYER isn’t much different from other fare.

The cast is led by Philip Winchester (Strike Back), whose Alex Kane is the archetype of a hero. He is intelligent, strong, fearless, and dedicated to saving lives. Why would somebody like that participate in a game like this? A tragedy early in the pilot rocks Alex, and while it takes the full first hour to get there, he comes to see he can do good, even if he doesn’t quite agree with what is happening. Thankfully, he has his friend, Detective Cal Brown (Damon Gupton, Empire) to try to keep him grounded.

Make no mistake, the game in THE PLAYER is sick. If a person can figure out when crimes are going to occur, they could mobilize authorities to stop them. Instead, the game master, Mr. Johnson (Wesley Snipes, Blade, The Expendables 3), makes it into entertainment and serves the wealthy, not the victims. Mr. Johnson is profiting off of the misery of others, whether the crime is stopped or not. There is little noble about him.

While I root for Alex and jeer Mr. Johnson, there is another main character in the middle that I can’t decide if I should like or not. Cassandra King (Charity Wakefield, Wolf Hall) works for Mr. Johnson, but serves in a capacity to assist Alex. She certainly seems like a nice lady with a good heart, but looking at her career choice, it’s hard to reconcile that with what she does.

That epitomizes the biggest problem that THE PLAYER has going for it. The premise requires a few contortions to try to make sense of it. Character motivation is dubious. Shows that live in the gray areas of morality are often complex and prompt one to think; this one does not, merely asking you to accept the duality of the situation, and then enjoy the fast-paced, violent style. It’s basically an action movie as a weekly series, with the same limitations that genre usually provides.

THE PLAYER isn’t as bad as I thought it would be. While certainly not high-quality, it is entertaining. However, it will get old real quick, and without completely believable characters, it will become more and more difficult to sustain that entertainment over any significant period of time. I feel like this works best as a flash-in-the-pan. For six episodes, I could really get into THE PLAYER. As a twenty-two installments-per-year series, it has very little chance of succeeding, and doesn’t seem worth the effort to stick around and find out if it does, the prize being too minor to cherish.

It has little hope of capturing the viewers used to seeing Parenthood in this time slot, appealing to a completely different group, but since Parenthood wasn’t that high-rated, that’s probably on purpose.

THE PLAYER premieres Thursday, September 24th at 10 p.m. on NBC.