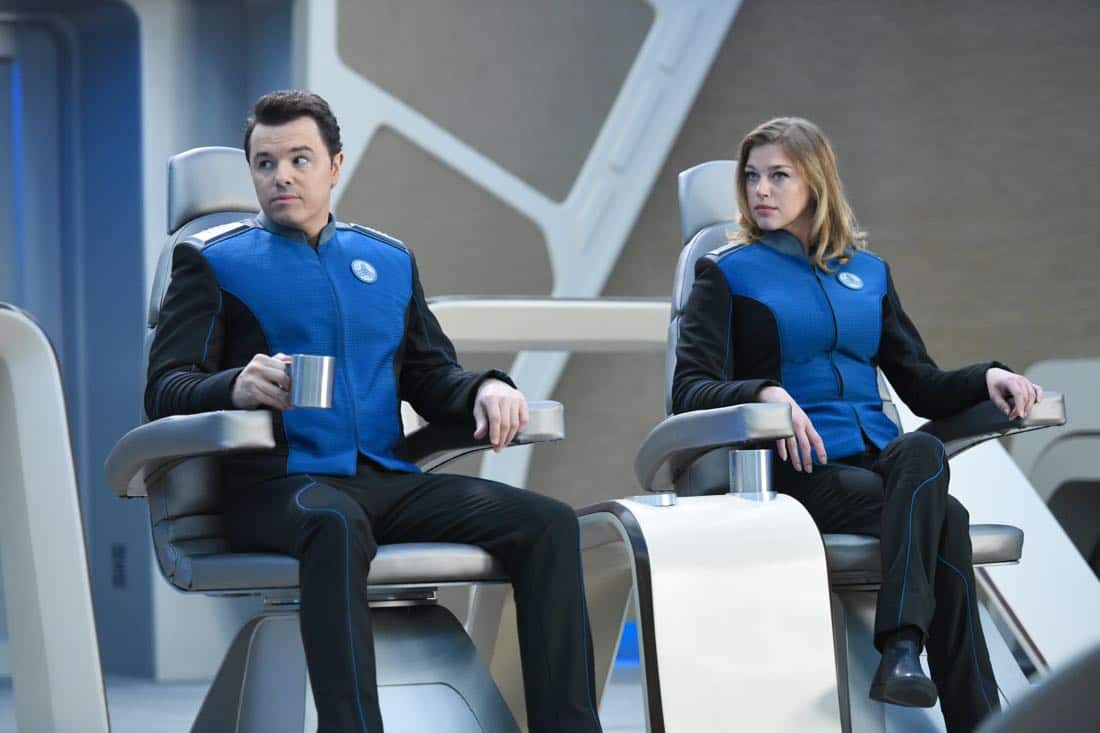 Ed and the Orville crew encounter a massive vessel adrift in space, which is in danger of colliding with a star. While some of the crew set out to help the ship’s inhabitants, Bortus, Gordon, and John stay behind and fend off a Krill attack on another Union ship in the all-new “If the Stars Should Appear” episode of THE ORVILLE airing Thursday, Sept. 28 (9:01-10:00 PM ET) on FOX. (ORV-102) (TV-14 D, L, V)