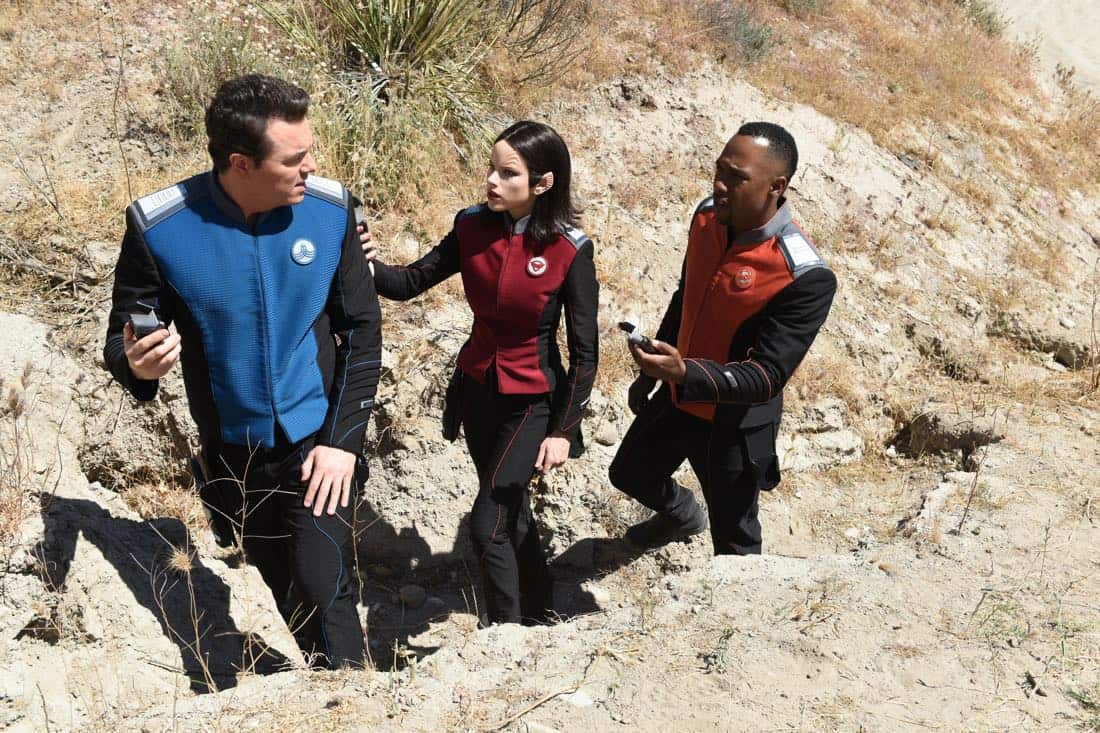 The Orville crew is divided between cultures when Bortus and Klyden debate if their newly born offspring should receive a controversial surgery in the all-new “About A Girl” time period premiere episode of THE ORVILLE airing Thursday, Sept. 21 (9:01-10:00 PM ET) on FOX. (ORV-104) (TV-14 L, V)

THE ORVILLE Season 1 Episode 3 Photos About A Girl