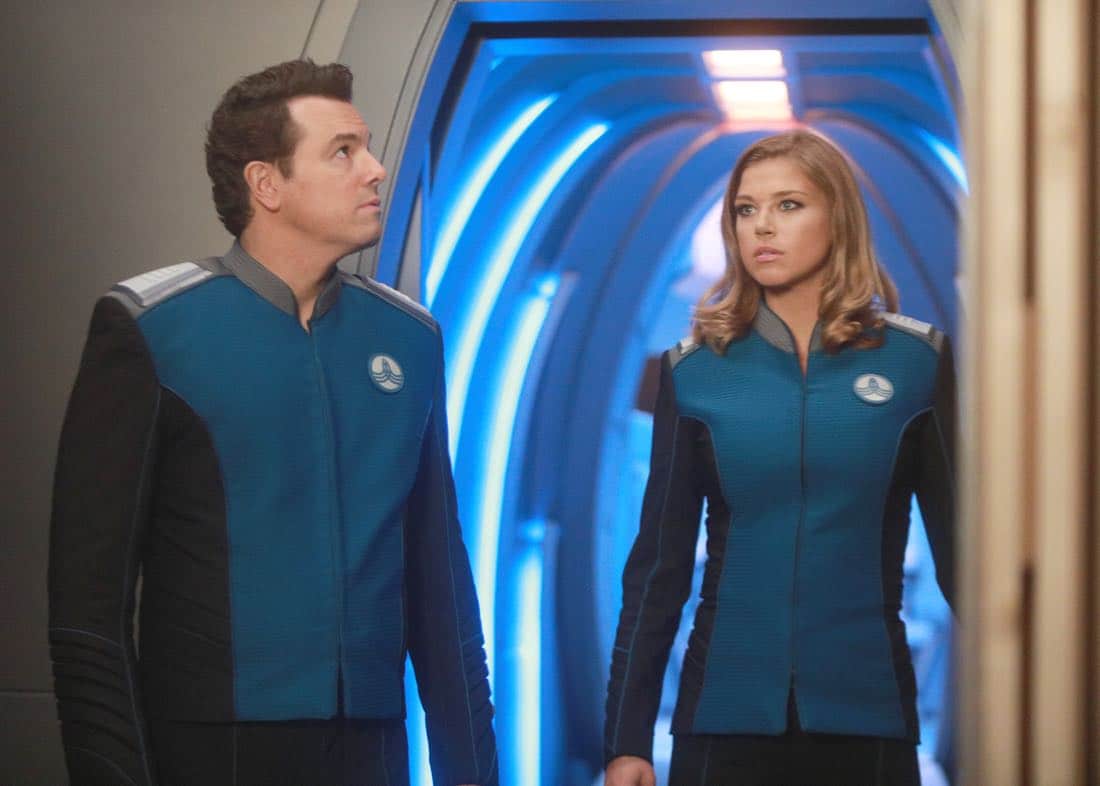 When Ed and Kelly are tricked by a hologram of a ship in distress and find themselves prisoners in a replica of their former home, Alara must step up in her first command of the Orville and attempt a heroic rescue. Meanwhile, Bortus and Klyden receive some happy, yet unexpected news in the all-new “Command Performance” episode of THE ORVILLE airing Sunday, Sept. 17 (8:00-9:00 PM ET/5:00-6:00 PM PT/LIVE to all Time Zones), immediately following the NFL Doubleheader on FOX. (ORV-103) (TV-14 D, L)