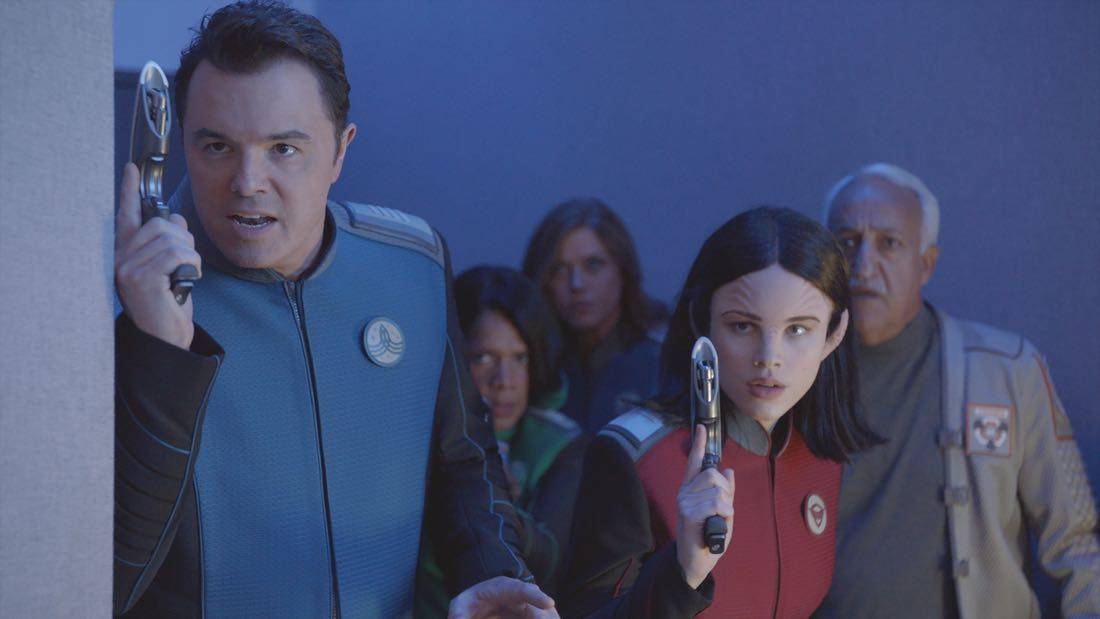 The premiere of THE ORVILLE, FOX’s new space adventure series created by and starring Seth MacFarlane, marks the network’s largest drama debut in over two years since EMPIRE in January 2015.

Including its Tuesday encore, THE ORVILLE delivered 13.0 million viewers across all platforms.

In the next all-new episode of THE ORVILLE, “Command Performance,” airing this Sunday, Sept. 17 (8:00-9:00 PM ET/5:00-6:00 PM PT), immediately following the NFL ON FOX doubleheader, Ed (MacFarlane) and Kelly (Adrianne Palicki) are tricked by a hologram of a ship in distress and find themselves prisoners in a replica of their former home. Alara (HalstonSage) then must step up in her first command of the Orville and attempt a heroic rescue. Meanwhile, Bortus (Peter Macon) and Klyden (Chad L. Coleman) receive some happy, yet unexpected news. Jeffrey Tambor and Holland Taylor guest-star.

From Emmy Award-winning executive producer and creator Seth MacFarlane (FAMILY GUY, “Ted”) THE ORVILLE is a live-action, one-hour space adventure series set 400 years in the future that follows the exploits of The U.S.S. Orville, a mid-level exploratory spaceship. Its crew, both human and alien, face the wonders and dangers of outer space, while also dealing with the problems of everyday life.