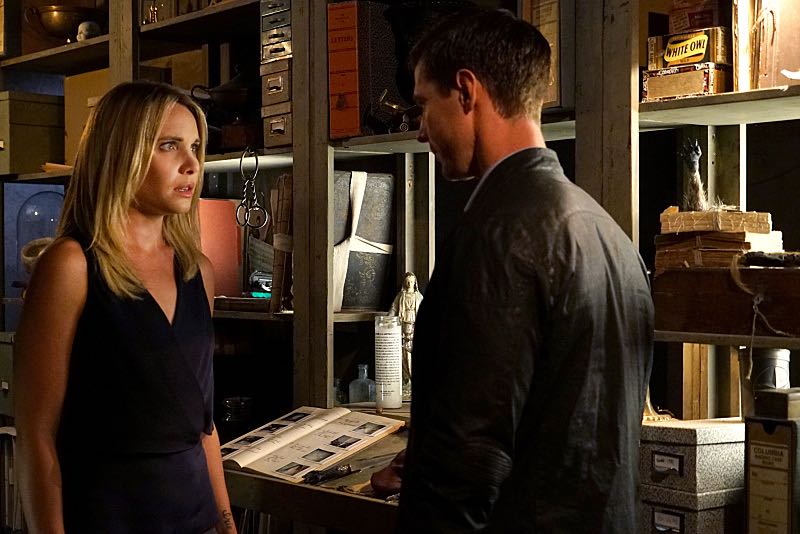 KLAUS’ PAST COMES BACK TO HAUNT HIM — As the war among the sire lines continues to grow, Klaus (Joseph Morgan) receives an unexpected visit by a figure from his past. When Elijah (Daniel Gillies) suspects that Tristan (guest star Oliver Auckland) is hiding something, he enlists Marcel’s (Charles Michael Davis) help to find out what he’s up to. Elsewhere, Davina (Danielle Campbell) struggles with her role as Regent and seeks advice from Hayley (Phoebe Tonkin). Finally, an ancient secret that is uncovered threatens to tear the Mikaelson brothers apart for good. Leah Pipes and Yusuf Gatewood also star. Michael Allowitz directed the episode written by Michael Russo & Diane Ademu-John (#305). Original airdate 11/5/2015.