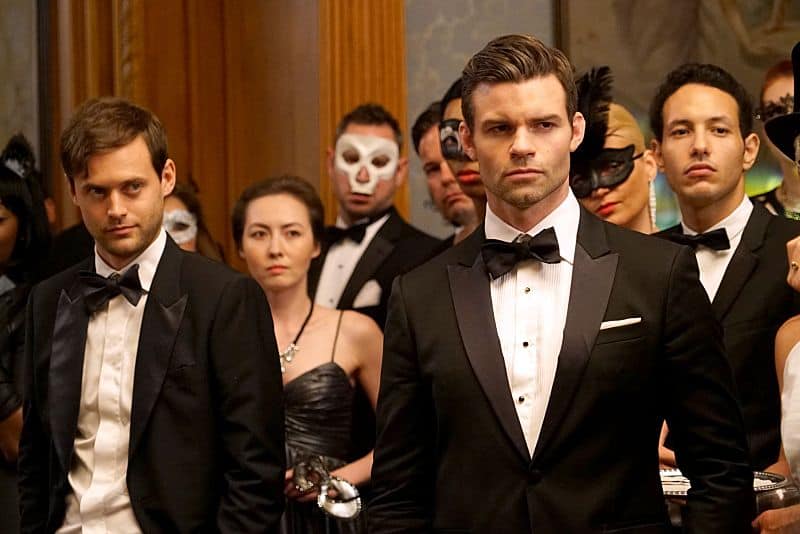 THE STRIX – In order to uncover what his old acquaintance Tristan (guest star Oliver Auckland) is really up to in New Orleans, Elijah (Daniel Gillies) considers attending a gala thrown by a mysterious group of ancient vampires known as The Strix, while Hayley (Phoebe Tonkin) invites herself to attend with him. There, Marcel (Charles Michael Davis) is approached with an enticing offer made by a mysterious woman named Aya (guest star Tracy Ifeachor), but he quickly realizes that things are not always what they seem. Elsewhere, when a vital component of Lucien’s (guest star Andrew Lees) plan goes missing, he and Klaus (Joseph Morgan) form a tentative alliance in order to find it. Riley Voelkel also stars. Matt Hastings directed the episode written by Ashley Lyle and Bart Nickerson (#304). Original airdate 10/29/15.