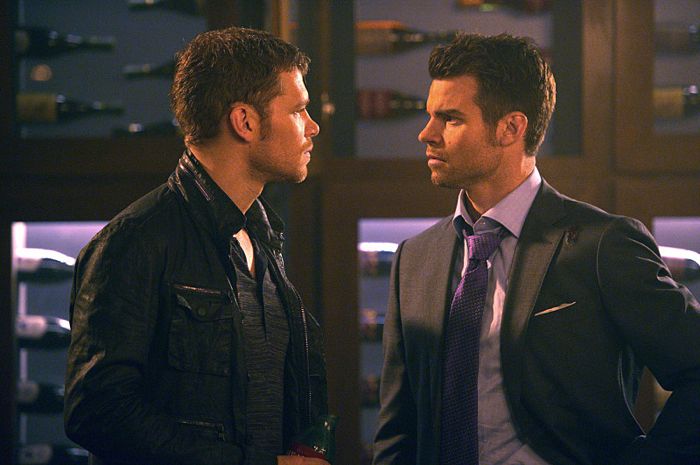 GUEST STAR NATHANIEL BUZOLIC APPEARS IN FLASHBACKS TO THE 1700s — As tensions between Elijah (Daniel Gillies) and Hayley (Phoebe Tonkin) grow, Klaus (Joseph Morgan) steps in and encourages her to regain her position within her werewolf pack. Still under Davina’s (Danielle Campbell) control, Mikael (Sebastian Roche) grows impatient while she attempts to uncover a spell that would protect those closest to her. When Elijah turns to Marcel (Charles Michael Davis) for help in tracking down a vital piece of information, he is forced to remember a time long ago when they were on better terms. Meanwhile, Davina and Kaleb (guest star Daniel Sharmon) find themselves in a dangerous situation when unexpected visitors show up and crash their dinner. Finally, Klaus grows suspicious after a meeting with Cassie (guest star Natalie Dreyfuss) doesn’t go as he had planned. Jeffrey Hunt directed the episode written by Michelle Paradise & Michael Narducci (#202). Original airdate 10/13/2014

THE ORIGINALS: Season 2 Asks the Question What Does Klaus Fear?