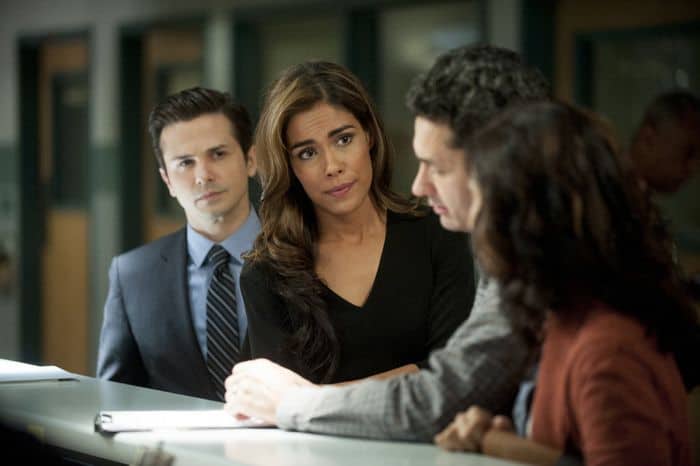 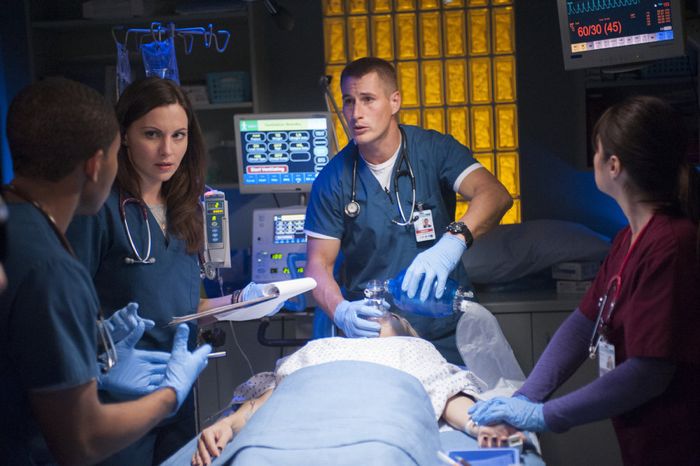 THE NIGHT SHIFT Season 1 Episode 7 Photos Blood Brothers : TC AND TOPHER TREAT A PLANE CRASH VICTIM IN A CASE THAT PUTS THEIR LIVES IN JEOPARDY – PAUL, DREW AND KENNY ATTEND TO AN EXOTIC DANCER WHOSE CONDITION MYSTERIOUSLY WORSENS –KRISTA TRIES TO SAVE A TEENAGER WHO HAS A SERIOUS EATING DISORDER – JORDAN BEGINS THE LONGEST NIGHT OF HER LIFE. When a small plane goes down near San Antonio, TC (Eoin Macken) and Topher (Ken Leung) chopper out to the scene and retrieve the lone survivor. Back in the ER, they deal with his serious injuries but must fend off Milo (guest star Steven Bauer, “Breaking Bad”), a menacing law enforcement officer with a hidden agenda. Paul (Robert Bailey, Jr.) is mesmerized by an injured exotic dancer who lands in the emergency room after falling during her performance. When her condition takes a mysterious turn for the worse, Paul, Kenny (JR Lemon) and Drew (Brendan Fehr) are baffled by her life threatening symptoms and must go to an already swamped Jordan (Jill Flint) for help. Krista (Jeananne Goossen) tries to help a teenager with a serious eating disorder that her family refuses to recognize. Meanwhile, TC struggles with increasing flashbacks and the traumatic death of his brother in Afghanistan. Freddy Rodriguez and Daniella Alonso also star.