THE MYSTERIES OF LAURA Review 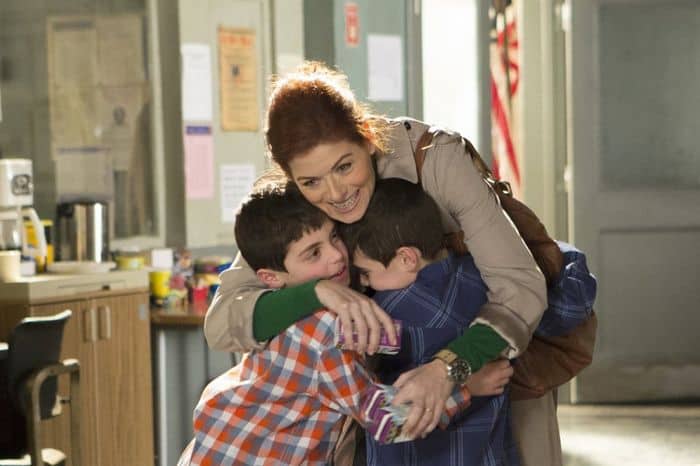 NBC has a new drama this fall called THE MYSTERIES OF LAURA. After viewing the pilot, here are the mysteries I found: Why would anyone think it’s a good idea to cast Debra Messing as a cop? Why in the world did her titular character ever marry her soon-to-be-ex, Jake (Josh Lucas, The Firm), a full-blown man-child? How is Jake competent enough to rise through the ranks of the police department? Can Laura be a mother and a cop at the same time? Isn’t that premise totally tired and dated in 2014?

In case you didn’t catch the tone of the first paragraph, THE MYSTERIES OF LAURA is not a good show. It’s a procedural, first and foremost, which means it’ll be the same rote story every week. The characters are all familiar types, overplayed into cartoonish parodies of their personalities. The set up feels like it is randomly cobbled together from improv comedy suggestions. There is little original going on, basically just copying bits of lots of other shows, most of them mediocre.

Broadcast networks are facing a crossroads. There is more and more competition these days, not just from cable networks, but also Netflix, Amazon, Yahoo, and others. Not only are there a greater number of options, but the overall quality of the offerings keep getting better and better. Yet, in spite of a few brave, bold moves (i.e. Hannibal, Sleepy Hollow), most of what the Big Four keep putting out is repetitive schlock. No wonder they are hemorrhaging viewers, and THE MYSTERIES OF LAURA will not do anything to stop that.

Look, Messing is a fun actress to watch; I don’t think many people will disagree with that. Her Lifetime series, The Starter Wife, didn’t do it for me, but that’s because she spent too much time being sad, not her strength. Smash and Will & Grace used her more appropriately, playing up the humor in her characters’ pathetic failures, and that’s what Messing does best. She can consistently elicit a smile, at minimum, from her antics. THE MYSTERIES OF LAURA uses that element, which is smart, but in a totally inappropriate setting that just doesn’t work.

The supporting cast is also wasted. Janina Gavankar, who has been getting tons of work in series such as True Blood, The League, Arrow, and The Vampire Diaries, is just a run-of-the-mill rival co-worker for Laura. Max Jenkins (pretty much a Tom Lenk stand-in) and Laz Alonso (Breakout Kings) don’t get any focus, either, other than perhaps a one-liner or two. Enrico Colantoni (Veronica Mars, Person of Interest) is underused as her boss, stuck behind a desk. When he gets the chance to come out of his office, it gets worse, going in to a plot that is far removed from believability.

The “twist” at the end of pilot, which I won’t reveal here in case it’s supposed to be a surprise, but if you check out the cast page for THE MYSTERIES OF LAURA and consider the type of series this is, won’t be at all, is even worse than the other complaints I’ve had. It basically reveals the first episode to be treading water as it waits for the ‘real story’ to begin, and again, is completely unrealistic and groan-inducing.

So who may want to watch THE MYSTERIES OF LAURA, despite my panning of it? Women who haven’t seen enough female empowerment to separate the good stuff from the bad. People who want something mindless they don’t have to think about. Stressed-out mothers and ex-spouses who need to see someone else suffer at the hands of menacing young boys and an awful husband, if only to feel good about their own lives by comparison. And that’s about it. Everyone else, feel free to skip this one.