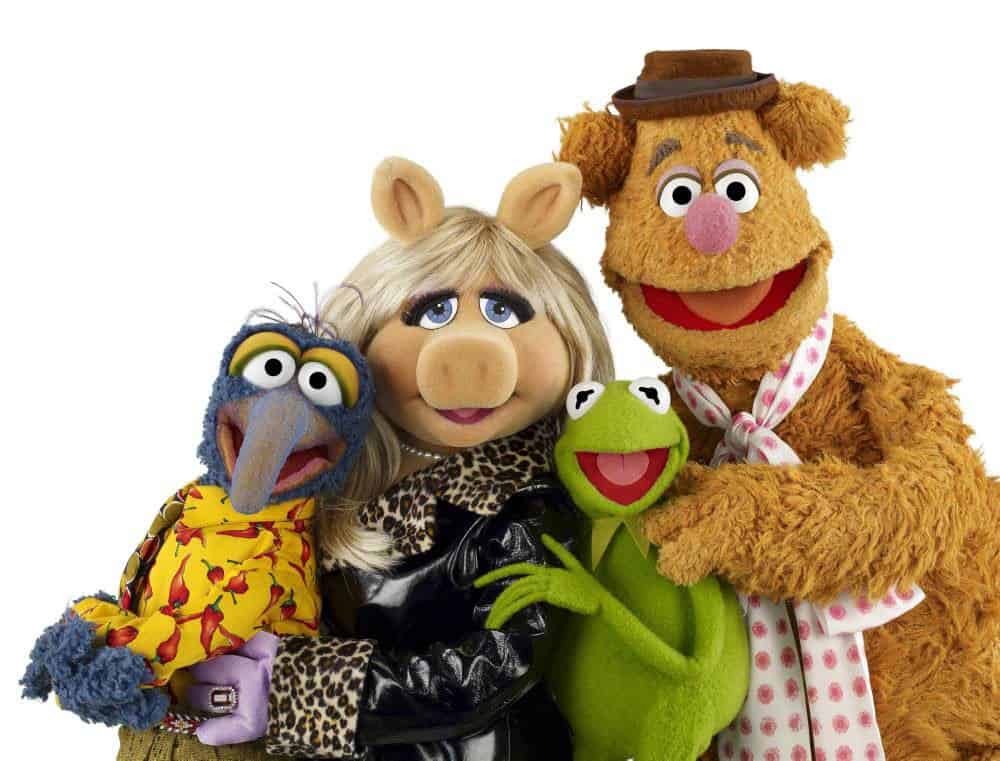 THE MUPPETS are back! The franchise that has spawned more than half a dozen feature films and a number of television specials and TV shows in the past are once again on the small screen on a weekly basis. From Bill Prady (The Big Bang Theory) and Bob Kushell (Anger Management) comes a contemporary look at everyone’s favorite felt characters.

The premise for the new show is simple enough. Miss Piggy (herself; just kidding, though the show would like you to think so) has become the first female late night host on Up Late With Miss Piggy. Kermit, now her ex-boyfriend, is the producer, Fozzie serves as the sidekick, and The Electric Mayhem provide the house band. The rest of the Muppets work on the show, including Kermit’s new girlfriend, Denise (who is also a pig, by the way). So the group has a natural reason to come together, and the late night show is a good way to bring on lots of celebrity guest stars easily.

The format is a bit different from past efforts in that it’s basically The Office. It’s a documentary-style piece, and the politics behind-the-scenes call to mind a certain paper company, though with the Muppets’ trademark humor. Basically, it is made to feel like many other sitcoms currently on the air, which is where its ‘modern’ sensibility claim comes in.

Earlier this summer, I had the opportunity to preview the ten minute presentation that sold this show to ABC. In that version, the Muppets come back together to remake The Muppet Show, and Miss Piggy, who was starring in films, has to be coaxed to join in. I am disappointed at the changes made in the official first episode because it makes the story more pedestrian to remove the crazy antics of The Muppet Show from the set up. However, it does make more sense for Piggy to have success and it’s nice she isn’t coming back to work over a man. The new pilot emphasizes her independent spirit, a key component of the character that can’t be overlooked in this age. Plus, a lot of the good jokes from that presentation are retained.

Overall, I like, don’t love, THE MUPPETS (though I loved the ten minute video). So far, that is. The first episode focuses on Piggy’s feud with Elizabeth Banks (herself) and Fozzie trying to impress his girlfriend’s (Riki Linhome) father (Jere Burns), while the second sees Kermit trying to help Piggy find love with Josh Groban (himself). The second is superior because of funnier bits, but both point to where the show might go.

Both of these stories are relatively tame and typical of modern sitcoms, and can be found on any other show. That’s OK; The Muppets have never been entirely original in their plots. However, what makes them so special is the personalities of the individual characters, and when the story mostly focuses on Kermit and Piggy trying to work together after a break up, it drags things down. If future installments instead commit to playing up the zany aspects of all of the other characters, which the second episode does better, it will improve and get back to what fans of the franchise want.

We also want Kermit and Piggy together, of course. It’s fine to keep them apart from a time to force drama and forward momentum, but this can’t be a series-long arc. They both clearly still care deeply for one another, and Kermit replacing Piggy with a skinner pig (never mind that she’s nicer) won’t sit well with many. Hopefully, this story gets gone through quickly and THE MUPPETS gets back to the essential heart of The Muppets.