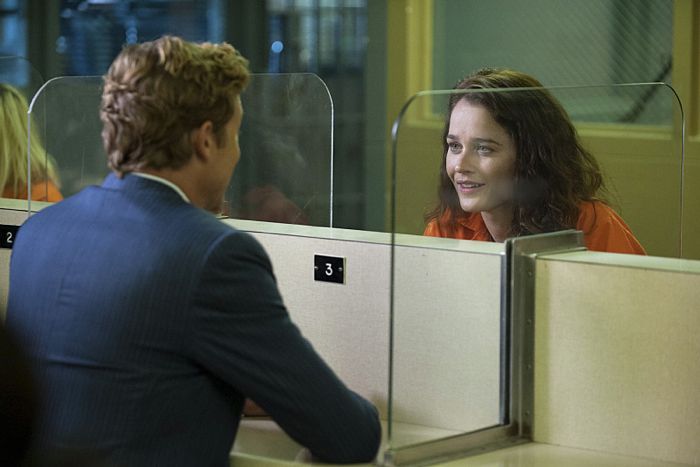 “The Greybar Hotel” – Lisbon goes undercover as a prison inmate in order to get a convict to turn on her boyfriend, who is the leader of a high-end car theft ring, on THE MENTALIST, Sunday, Dec. 7 (9:00-10:00 PM, ET/PT), on the CBS Television Network.