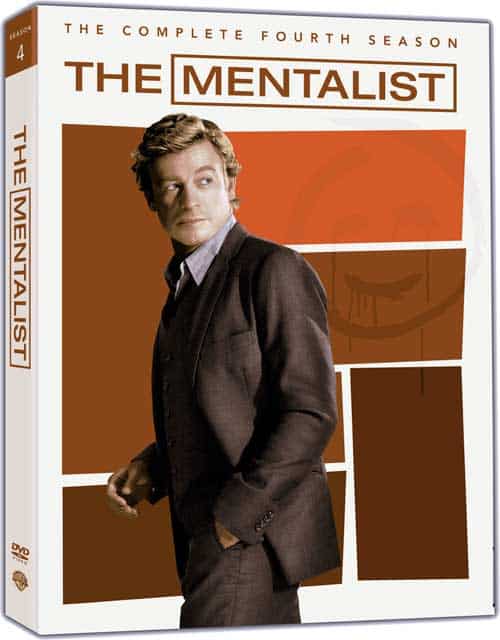 Seat42f and Warner Home Video have teamed up to give TWO lucky winners a copy of THE MENTALIST Season 4 on DVD. For a chance to win leave a comment below telling us why you want to add THE MENTALIST Season 4 to your DVD collection. Only one entry per person. Contest ends September 30th. Winners will be notified on October 1st via email so make sure to use a valid email address when you post your comment.

Red John is dead. Or is he? Following on last season’s explosive finale, Patrick Jane returns for Season Four of The Mentalist. Starring Emmy(R)and Golden Globe nominee Simon Baker as the California Bureau of Investigation consultant and former faux-psychic obsessed with finding Red John, the serial killer who murdered his family, this hit procedural combines crime-solving twists with wry humor that celebrate mind over matter. While Jane learns the true price of revenge and must deal with the fallout from his actions of the previous season, the rest of the CBI team – Agents Teresa Lisbon, Kimball Cho, Wayne Rigsby and Grace Van Pelt – find themselves involved in circumstances both personal and professional with equally serious consequences. With a new boss and new cases, the unconventional Patrick Jane continues to use his expert skills of observation and manipulation to bypass the system and solve the toughest crimes.