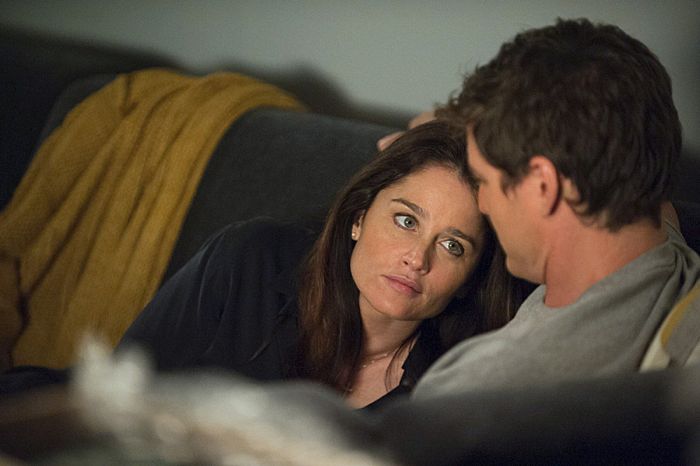 THE MENTALIST Episode 6.20 Promo Il Tavolo Bianco : “Il Tavolo Bianco” – Jane’s freedom is at stake when a grand jury is impanelled to decide if he should be tried for the murder of Red John. Meanwhile, Lisbon tries to find out how Jane feels about the possibility of her leaving Austin with Agent Pike, and Cho and Abbott follow new leads in the human smuggling ring they recently uncovered, on THE MENTALIST, Sunday, May 4 (10:00-11:00 PM, ET/PT) on the CBS Television Network. Pictured: Simon Baker as Patrick Jane. Photo: Colleen Hayes/Warner Bros. Entertainment Inc. © 2014 WBEI. All rights reserved.