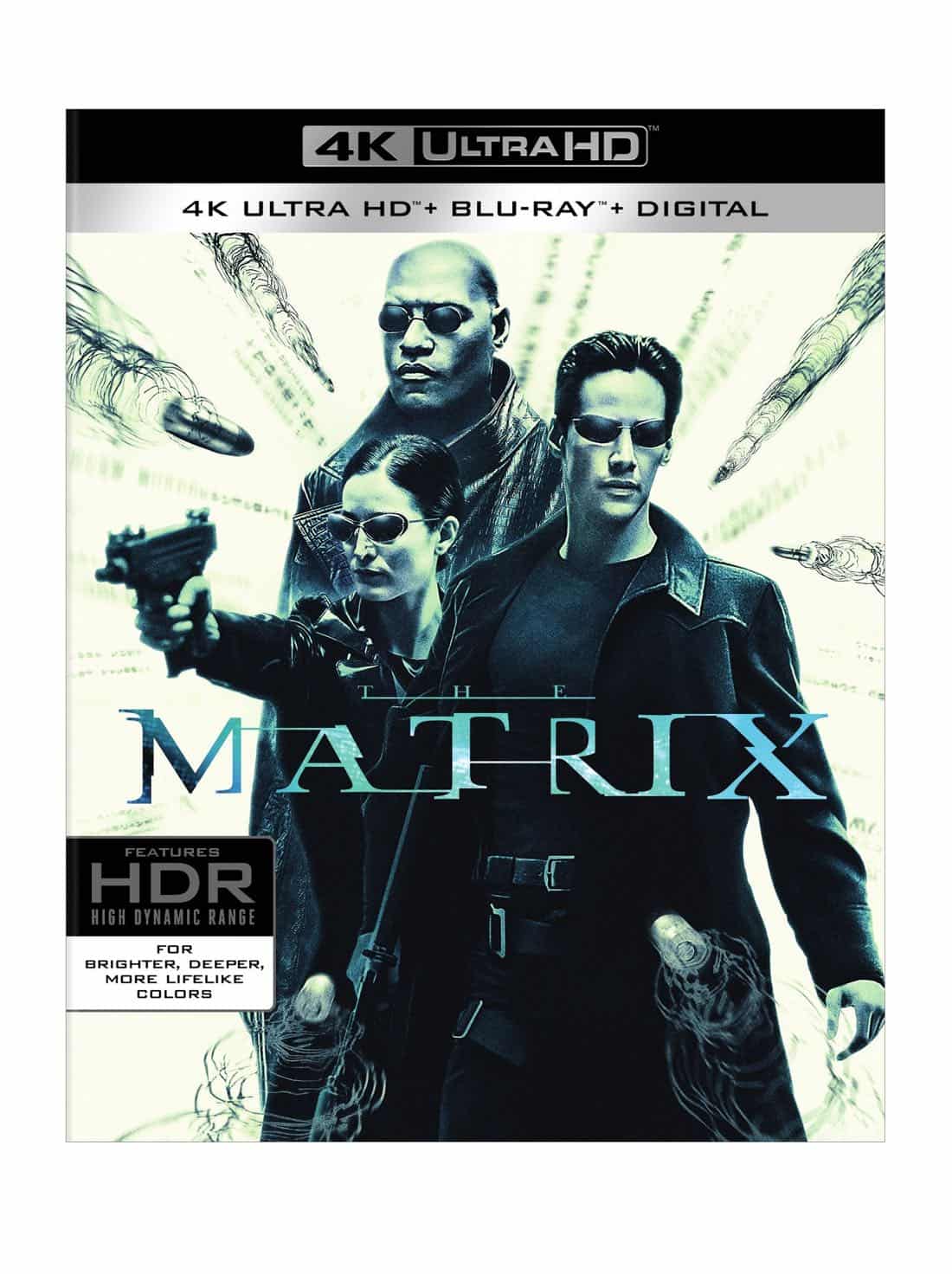 Warner Bros. Home Entertainment announced today that 1999’s acclaimed sci-fi action classic The Matrix will be released on Ultra HD Blu-ray™ Combo Pack and Digital on May 22nd. Directed by the Wachowskis (The Matrix Trilogy, Cloud Atlas, Jupiter Ascending) and starring Keanu Reeves as Neo, Laurence Fishburne as Morpheus, and Carrie-Anne Moss as Trinity, The Matrix is widely considered to be one of the most influential films in recent history.

Written and directed by the Wachowskis and produced by Joel Silver, The Matrix won four Academy Awards* and revolutionized the sci-fi action film genre. The Warner Bros. and Village Roadshow Pictures film was the first to sell more than one million DVDs, is included on multiple lists of the top sci-fi films of all time, and in 2012 was selected for preservation in the National Film Registry by the Library of Congress for being culturally, historically, and aesthetically significant.

The Matrix 4K UHD release is from a new scan of the original camera negative and is the first remaster of the film in nearly 15 years. The 4K UHD remaster was supervised by the film’s director of photography, Bill Pope (The Matrix Trilogy, Spider-Man 2, Spider-Man 3, Baby Driver). A remastered Blu-ray disc from the new 4K scan is also included.

The 4K Ultra HD Blu-ray disc of The Matrix will feature Dolby VisionTM HDR that dramatically expands the color palette and contrast range and uses dynamic metadata to automatically optimize the picture for every screen — frame by frame.

Reality: That world is a hoax, an elaborate deception spun by all-powerful machines of artificial intelligence that control us.

Keanu Reeves and Laurence Fishburne lead the fight to free humankind in the see-and-see-again cyberthriller written and directed by the Wachowskis, and winner of four Academy Awards.

On May 22nd, The Matrix 4K UHD will be available to own for streaming and download to watch anywhere in high definition and standard definition on favorite devices from select digital retailers including GooglePlay, Vudu, Xbox and others, and will be made available digitally on Video On Demand services from cable and satellite providers, and on select gaming consoles.