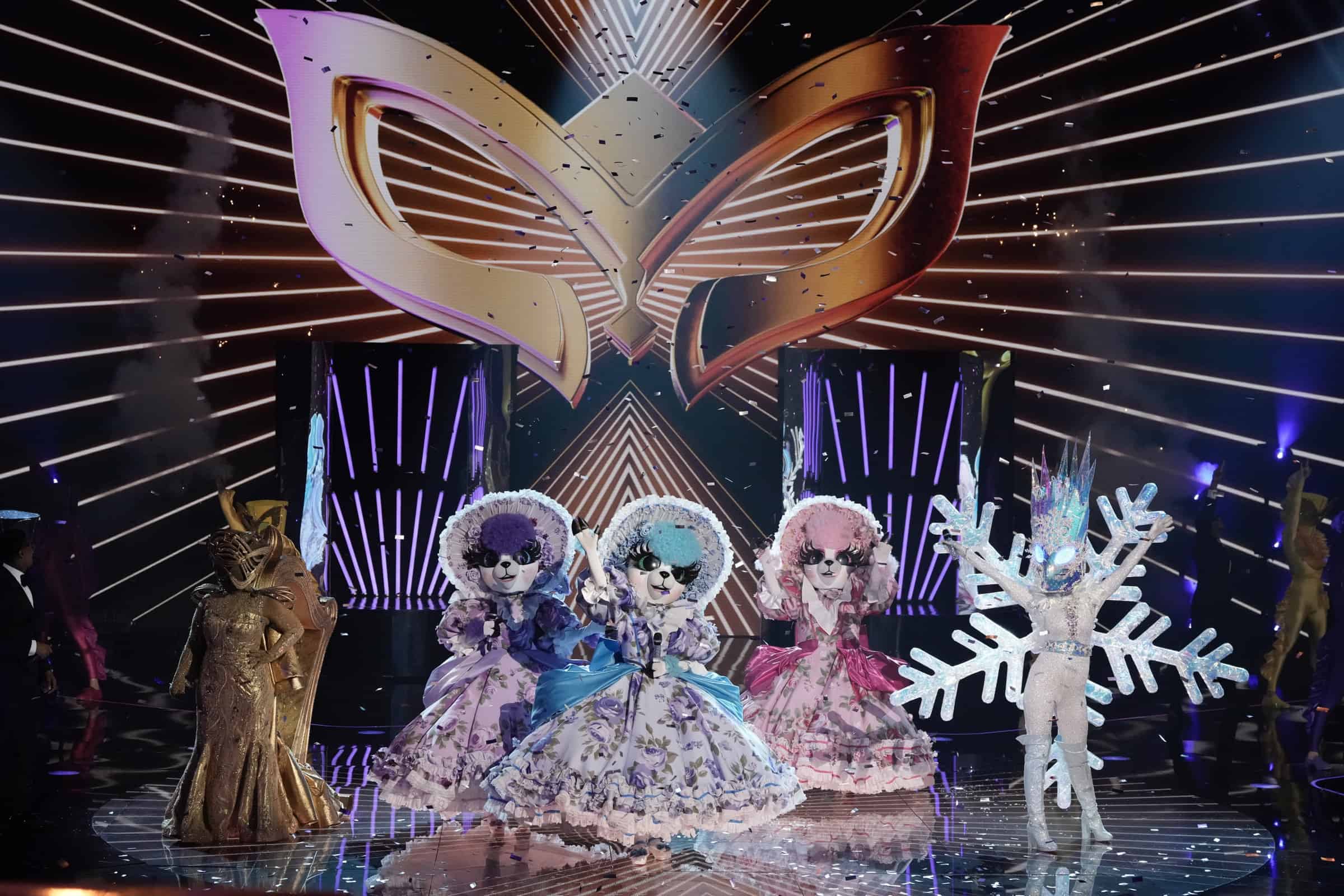 THE MASKED SINGER Season 8 Episode 10 Photos Battle Of The Semi Finals – Three contestants have sung their way to the Semi Finals and for the first time in The Masked Singer history, a three-way battle will ensue! One contestant will be eliminated and the remaining two will advance to the finals.

THE MASKED SINGER makes it royal return for its eighth season, featuring all-new format “King or Queen of THE MASKED SINGER” and double unmaskings in every episode! The new season also will feature special themed episodes each week, including “Vegas Night,” “’90s Night,” “Comedy Roast,” “Fright Night” and many more! The themes will be weaved throughout the performers’ song selections, costumes, celebrity guests, set design…and may even provide clues as to WHO is under the mask!

This season will feature more celebrity contestants than any other season, clocking in at 22 Masked Singers! New celebrities will be introduced every single week, disguised in costumes that include “Bride,” “Avocado,” “Venus Fly Trap,” “Sir Bugaboo,” “Scarecrow,” “Hedgehog,” “Mummies,” “Harp,” “Walrus” – and many more to be announced!

THE MASKED SINGER features celebrities facing off against one another with one major twist: each singer is shrouded from head-to-toe in an elaborate costume, complete with full face mask to conceal his or her identity. Celebrities who have performed on the show include T-Pain, LeAnn Rimes, Nick Lachey, Gladys Knight, Donny Osmond, Seal, Patti LaBelle, Drew Carey, Lil Wayne, Mickey Rourke, Rob Gronkowski, Lonzo Ball, Wayne Brady, Wendy Williams, Tori Spelling, Dionne Warwick, Kermit The Frog, Caitlyn Jenner, Wiz Khalifa, Jewel and many, many more!

With each performance, the host, panelists, audience, viewers and even the other contestants are left guessing who is singing behind the mask. Ranging from Grammy Award winners to legendary athletes, and everything in between, the singers may attempt to throw the crowd off their scent, while keen observers might pick up on tiny clues buried throughout the show.

One singer will be eliminated each week, ultimately revealing his or her true identity. The Season Eight contestants boast a combined 32 Grammy Nominations, 16 Emmy Wins, 8 Gold Albums, 4 Golden Globe Nominations, 42 Books, 10 Teen Choice Awards, and 5 Stars on the Hollywood Walk of Fame.

THE MASKED SINGER is produced by FOX Alternative Entertainment. James Breen, Craig Plestis, and Nick Cannon serve as executive producers. Breen serves as showrunner. The series is based on the South Korean format created by Mun Hwa Broadcasting Corp.