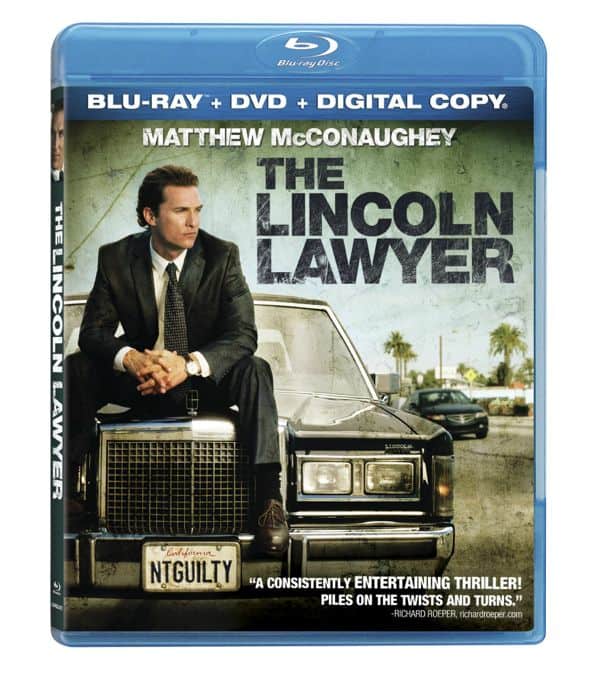 The critically acclaimed thriller with a powerhouse cast debuts for home audiences as Lionsgate delivers The Lincoln Lawyer on Blu-ray Combo Pack (Blu-ray + DVD + Digital Copy), DVD, Digital Download and On Demand this July. Based on the bestselling novel by Michael Connelly, Matthew McConaughey “gives his best performance in years” (Rolling Stone) as Mick Haller, a charismatic attorney who operates out of the back of his Lincoln Continental. The must-watch crime thriller also features a stellar supporting cast including Oscar® winner Marisa Tomei* and Oscar® nominee William H. Macy**, as well as Ryan Phillippe (Crash), Josh Lucas (Life as We Know It) and two-time Emmy® winner Bryan Cranston***. Hailed as “Intense and intelligent!” (CBS News Radio), The Lincoln Lawyer bonus materials include three featurettes plus deleted scenes. The Blu-ray Combo Pack and DVD will be served on July 12th, for the suggested retail price of $39.99 and $29.95, respectively.

Having spent most of his career defending gutter-variety criminals, attorney Mick Haller (McConaughey) takes on a case that could land him a real office, instead of running his practice out of his old Lincoln. Haller reaches a crisis of conscious, though, while working on the defense of Beverly Hills playboy Louis Roulet (Phillippe). Roulet is charged with attempted murder and what appears to be a straightforward case with a big payoff escalates into a deadly match between two masters of manipulation.

*Best Actress in a Supporting Role, My Cousin Vinny, 1992

Matthew McConaughey           Ghosts of Girlfriends Past, Tropic Thunder, Sahara, How to Loser a Guy in 10 Days, A Time to Kill

Rating: R for some violence, sexual content and language