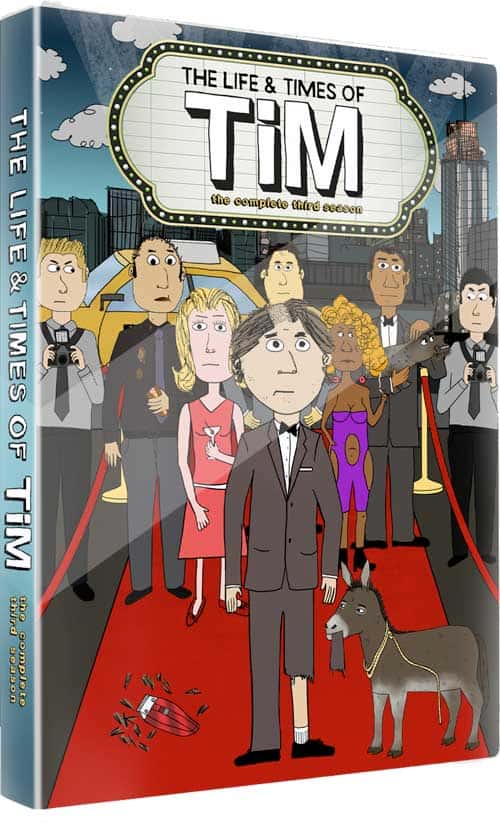 Seat42f and HBO have teamed up to give TWO lucky winners a copy of THE LIFE & TIMES OF TIM Season 3 on DVD. For a chance to win leave a comment below telling us why you want to add THE LIFE & TIMES OF TIM Season 3 to your DVD collection. Only one entry per person. Contest ends December 21st. Winners will be notified on December 22nd via email so make sure to use a valid email address when you post your comment.

Welcome back to The Life & Times of Tim, the hilarious HBO® adult animated comedy featuring an ordinary guy whose decision-making inabilities and complete misunderstanding of those around him (and perhaps life itself) make him a loveable underdog and antihero. In stores on December 18, 2012, The Life & Times of Tim: The Complete Third Season includes all ten half-hour episodes of the final season of this hilarious, one-of-a-kind series. A fun title for holiday gift-giving, the DVD will be available for the suggested retail price of $29.98.

With its minimalist animation style, wickedly subversive and brilliant deadpan sense of humor, The Life and Times of Tim has been acclaimed as a “real delight” (New York Post)and “deliciously over the top”(The Hollywood Reporter).In the third season, Tim continues his destructive habit of befriending bizarre and unusual personalities in New York City who put him in dangerously funny circumstances and lead to missteps, mistakes and misfortunes at every turn. Taking the wrong advice from the wrong people, Tim often finds himself jobless, always hapless and sometimes shirtless – but at least he’s got a girlfriend.