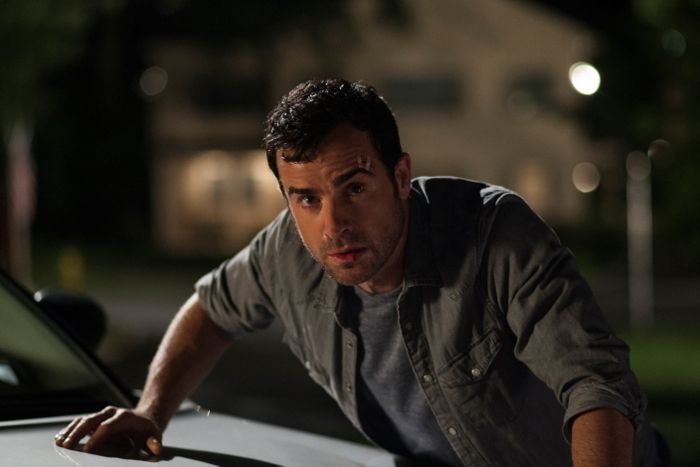 HBO’s THE LEFTOVERS is unlike anything I’ve ever seen on television. It’s based around a huge, whopping mystery that the writers have no plans to answer. In these modern days, viewers tend to want answers, and most shows are happy enough to give them. Many fail to satisfy with those answers, and it makes for angry fans. THE LEFTOVERS takes a different tact by saying life is uncertain and people don’t always know what’s going on, and if you can’t handle that, it’s probably better you don’t watch this series.

The pilot begins with an unexpected event in which 2% of the world’s population disappears in the blink of an eye, then immediately jumps three years into the future. The easy explanation, the one many have been touting when talking about the premise, is that the Rapture occurred. Yet, not all of the characters agree, as some of the people who disappear are not good people, nor religious. One TV anchor says, to paraphrase, I get why the pope is gone, but Gary Busey?

This one paragraph gives you an idea of what the characters that populate THE LEFTOVERS are dealing with. Neither scientists, who lack evidence, nor religious leaders, many of whom want to deny a rapture because they have been left behind, have any understanding of what happened. Which means the population as a whole has this very uneasy sense that not only do they not know where their loved ones are, but also may worry that it could happen again, to anyone at any time.

Who can live in a world like that? Well, to be blunt, us. Tom Perrotta, the author of the source material who also works on the show, wanted to tell a story in our world, examining parts of the human condition we often ignore. None of us knows when our time will be up, or what disaster could strike, causing untold death and destruction. THE LEFTOVERS takes those nagging feelings and pushes them to the forefront, forcing people to deal with them.

This is a really cool idea, but will it work for a television show? As I said, viewers want answers, and I’m not sure how many will tune in for a show that doesn’t promise to give any. I can see what would attract Damon Lindelof to this project, having been burned by mixed reviews of the finale of his popular drama, Lost (personally, I loved it), but because he knows first-hand what happens when fans don’t feel like a series has fulfilled its obligations, does he also worry that no one will show up if he says right out of the gate he doesn’t acknowledge those obligations this time around?

Setting aside that fundamental debate, which I posed up front because it’s really one that should be dealt with on an individual basis before deciding to tune in, THE LEFTOVERS, like most HBO fare, is a solid program. It’s full of disparate individuals who each see the situation in their own way, and have differing views on how to deal with it.

There’s: Kevin Garvey (Justin Theroux, The District), the local cop whose wife is gone and he’s left raising two boundary-pushing teens; Tom Garvey (Chris Zylka, The Secret Circle), Kevin’s son who is turning to what appears to be a wise sage, Wayne (Paterson Joseph, Law & Order: UK); Jill (Margaret Qualley, Palo Alto), Kevin’s daughter who escapes into partying; Matt Jamison (Christopher Eccleston, Doctor Who), a religious leader trying to make others face what he thinks is the truth; Dean (Michael Gaston, Turn, Jericho), a man with a gun and a plan; Meg (Liv Tyler, The Lord of the Rings), a bride with cold feet; Laurie (Amy Brenneman, Private Practice), who has joined a silent, creepy cult; and others.

It seems THE LEFTOVERS will deal with spirituality and belief a lot, both in group form and on a personal level. I suppose it would be natural to turn to a higher power when things move beyond human knowledge, the birth of religion in our past. In this series, many take differing paths to get to a place where they can accept what has happened, not an easy task, and certainly not one that a wide majority will come to agreement on.

I think three years after the event is a good time frame to set the series in. It’s long enough that the shock has worn off, but short enough that the ramifications are still being felt. People have returned to a new normal in their activities, but not in their thoughts and emotions. This is an intriguing idea, and this one town is a microcosm of the larger world.

Of course, there are also some twists and unexpected familial connections. That part of conventional storytelling does remain and is welcome. We need some level of comfort at the base in order to open our minds to the challenges of THE LEFTOVERS. It’s a show about being, not a show about actions, and so is designed to make us think. If it surprises us along the way with a few reveals at key moments, well, that may just keep some casual viewers interested enough to return, exposing them to more of the bigger issues.

THE LEFTOVERS is weird, to be sure, and many may not know if they like it right off the bat. But I urge you to give it a try when it premieres this Sunday at 10 p.m. ET on HBO.