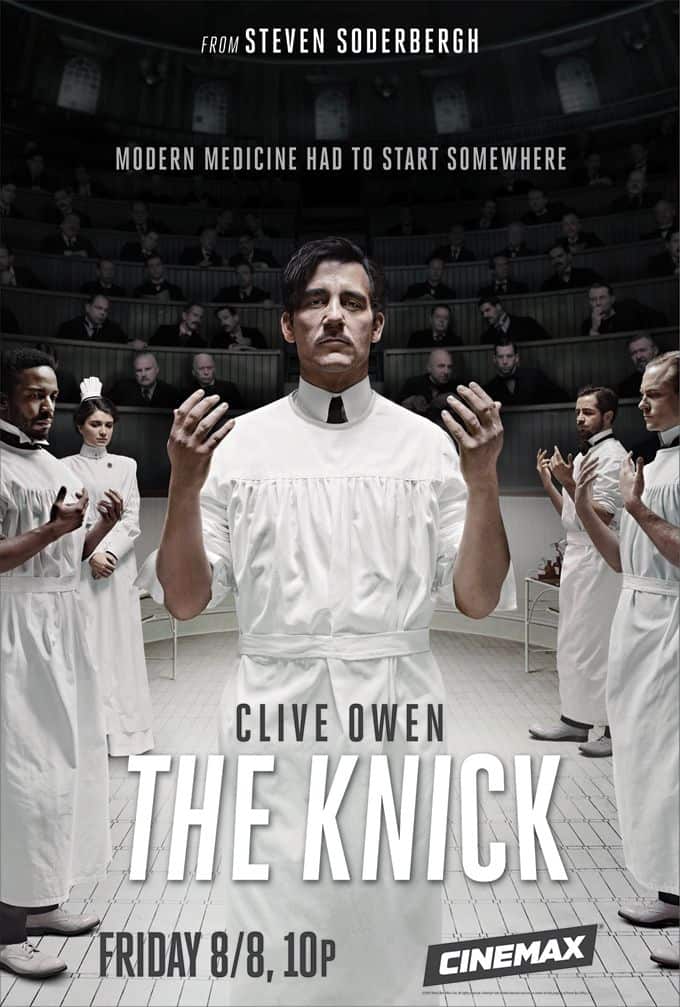 Set in downtown New York in 1900, ‘The Knick’ is a new Cinemax drama series from Academy Award and Emmy-winning director Steven Soderbergh. It is centered on the Knickerbocker Hospital and the groundbreaking surgeons, nurses and staff who work there, pushing the bounds of medicine in a time of astonishingly high mortality rates and zero antibiotics. Soderbergh directs all 10 episodes of the series’ first season.

Academy Award and Emmy nominee Clive Owen stars as Doctor John Thackery, a brilliant surgeon pioneering new methods in the field, despite his secret addiction to cocaine. He leads a team of doctors including his protégé Dr. Everett Gallinger; the young Dr. Bertie Chickering Jr. and Dr. Algernon Edwards, a promising surgeon who’s been recently thrust upon him. The lively cast of characters at the hospital also includes Cornelia Robertson, the daughter of its benefactor, Captain August Robertson; surly ambulance driver Tom Cleary; Lucy Elkins; a fresh-faced nurse from the country; the crooked hospital administrator Herman Barrow; and Sister Harriet, a nun who isn’t afraid to speak her mind.

Writers of the series are Jack Amiel and Michael Begler (“Raising Helen,” “Big Miracle”), who also serve as executive producers, along with Gregory Jacobs (“Behind the Candelabra”), Stephen Soderbergh, Michael Sugar (“Rendition”) and Clive Owen. Michael Polaire (“Behind the Candelabra”) produces; Steven Katz (“Shadow of the Vampire”) is a supervising producer and wrote episodes 5 and 9.

Box Office Results For The Weekend Of July 6th 2014