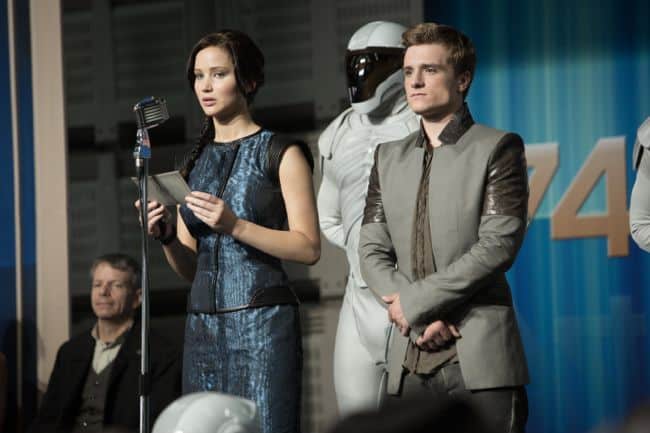 With 100 days and counting until the November 22worldwide launch of The Hunger Games: Catching Fire, the second installment of Lionsgate’s (NYSE: LGF) global blockbuster Hunger Games franchise, the Company announced today that it will host a Catching Fire world premiere in London on November 11.

Catching Fire will open day-and-date with its domestic release in nearly every major international territory.  The first Hunger Games film was the 13th highest-grossing North American release of all time on its way to generating nearly $700 million at the worldwide box office.

The film begins as Katniss Everdeen (Lawrence) has returned home safe after winning the 74th Annual Hunger Games along with fellow tribute Peeta Mellark (Hutcherson). Winning means that they must turn around and leave their family and close friends, embarking on a “Victor’s Tour” of the districts. Along the way Katniss senses that a rebellion is simmering, but the Capitol is still very much in control as President Snow (Sutherland) prepares the 75th Annual Hunger Games, The Quarter Quell – a competition that could change Panem forever.

The Hunger Games: Catching Fire is directed by Francis Lawrence, from a screenplay by Simon Beaufoy and Michael DeBruyn, based upon the novel “Catching Fire” by Suzanne Collins and produced by Nina Jacobson and Jon Kilik.