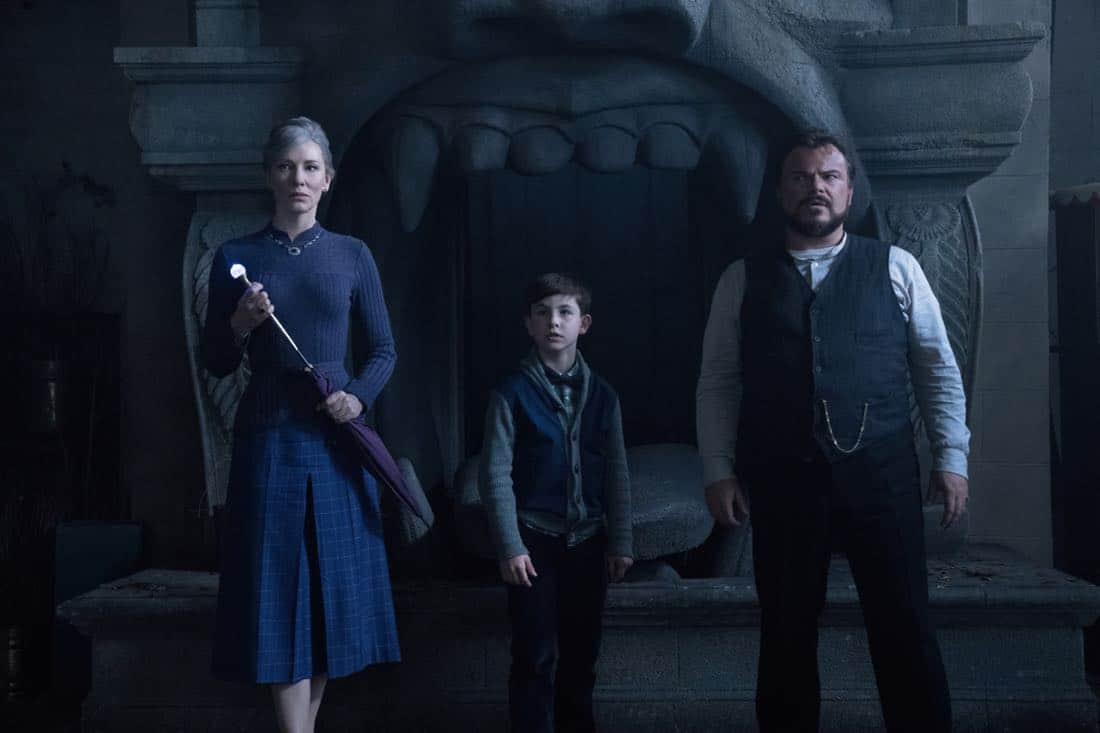 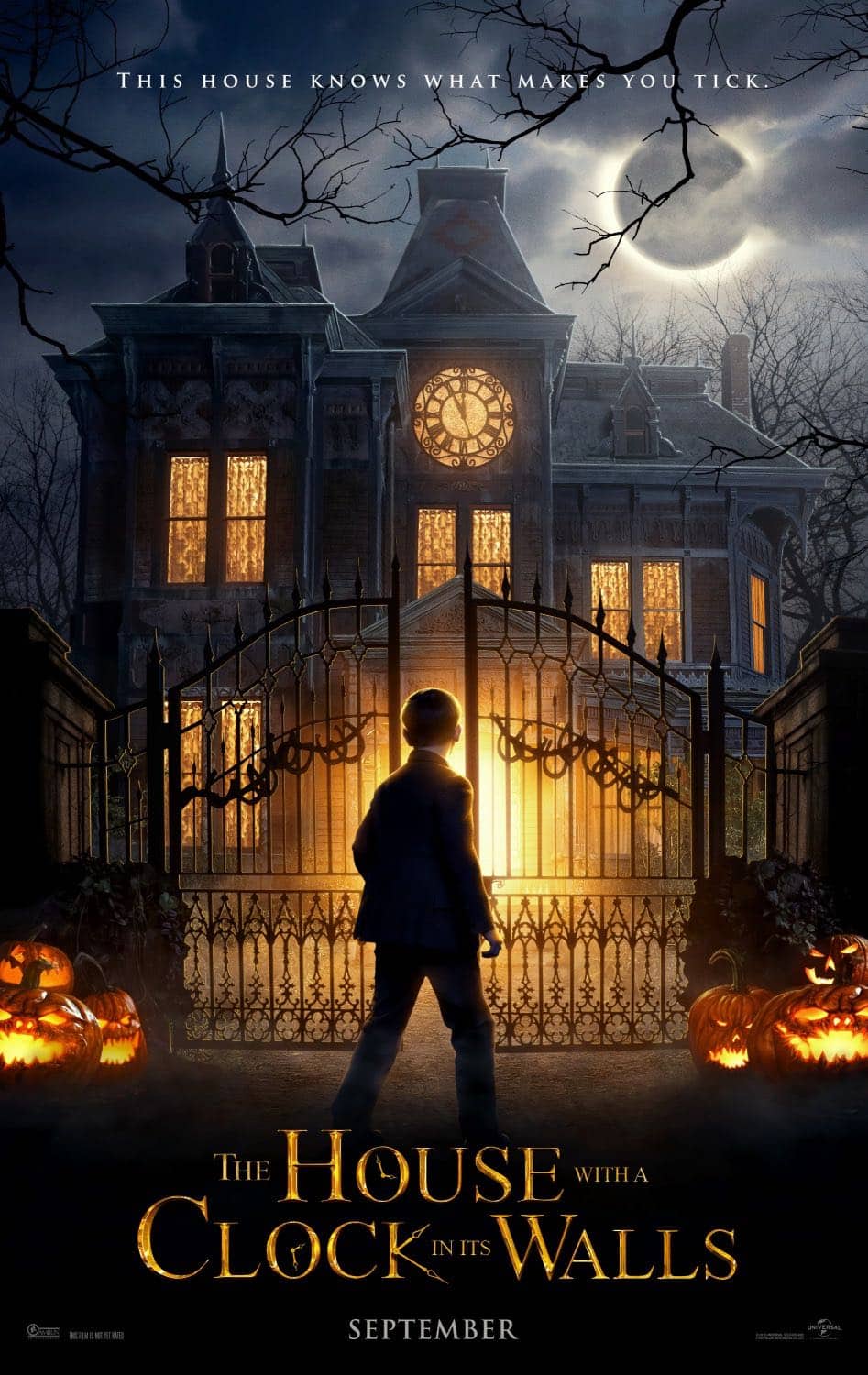 THE HOUSE WITH A CLOCK IN ITS WALLS Trailer + Poster – In the tradition of Amblin classics where fantastical events occur in the most unexpected places, Jack Black and two-time Academy Award® winner Cate Blanchett star in The House with a Clock in Its Walls, from Amblin Entertainment. The magical adventure tells the spine-tingling tale of 10-year-old Lewis (Owen Vaccaro) who goes to live with his uncle in a creaky old house with a mysterious tick-tocking heart. But his new town’s sleepy façade jolts to life with a secret world of warlocks and witches when Lewis accidentally awakens the dead.

Based on the beloved children’s classic written by John Bellairs and illustrated by Edward Gorey, The House with a Clock in Its Walls is directed by master frightener Eli Roth and written by Eric Kripke (creator of TV’s Supernatural). Co-starring Kyle MacLachlan, Colleen Camp, Renée Elise Goldsberry, Vanessa Anne Williams, Lorenza Izzo and Sunny Suljic, it is produced by Mythology Entertainment’s Brad Fischer (Shutter Island) and James Vanderbilt (Zodiac), as well as Kripke.

Executive produced by William Sherak, Tracey Nyberg, Laeta Kalogridis and Mark McNair, The House with a Clock in Its Walls will be released by Universal Pictures.