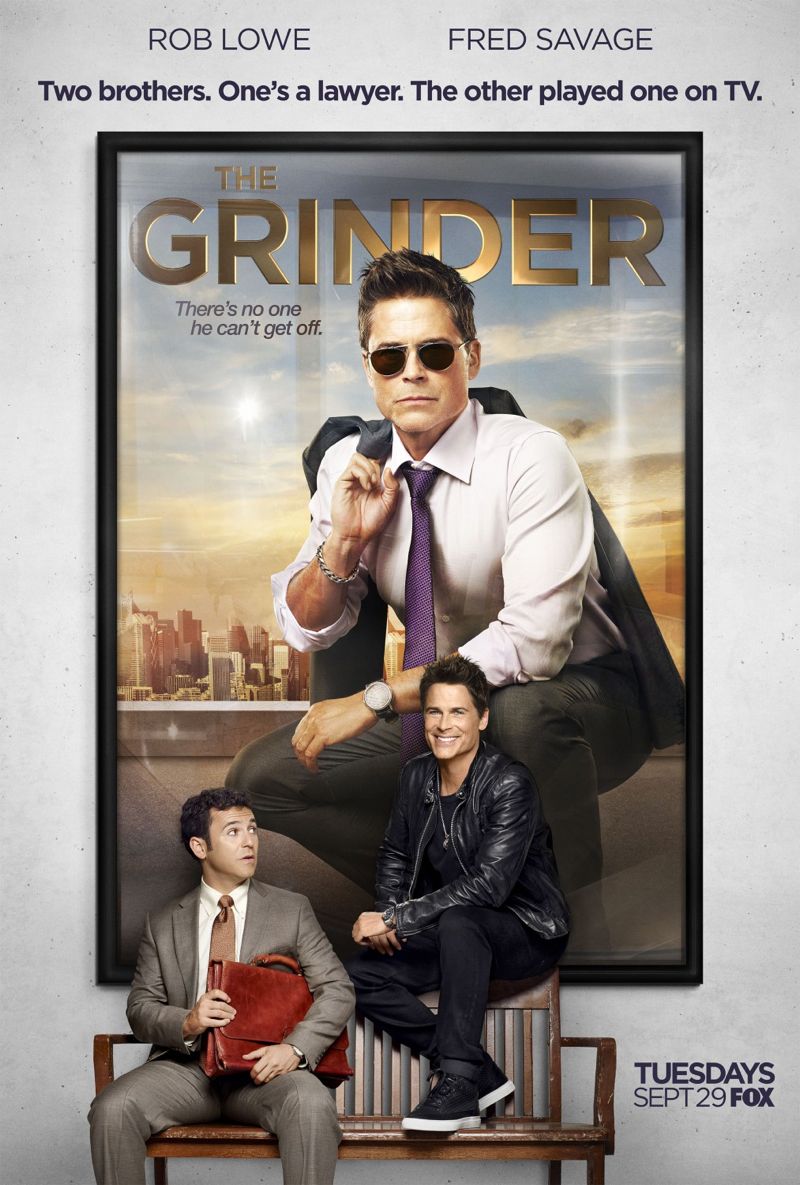 How many TV lawyers does it take to try a real-life case in a real-life courtroom? One, and his name is THE GRINDER.

Starring Emmy Award nominee Rob Lowe (“Parks and Recreation,” “The West Wing”), THE GRINDER is a new comedy about a famous TV lawyer at a crossroads. When his legal series ends, he decides to move back home and join his family’s real law firm – despite having no formal education, no bar certification, no license to practice and no experience in an actual courtroom.

DEAN SANDERSON (Lowe) spent eight seasons playing the title role on the hit legal drama “The Grinder.” Now he’s moving back to his hometown of Boise, Idaho, where his brother, STEWART (Emmy Award and Golden Globe Award nominee Fred Savage, “The Wonder Years”), is a real-life attorney who is poised to take over the family law firm. It doesn’t take long for Dean to start injecting his TV drama into every aspect of Stewart’s life, both in the courtroom and at home, impacting Stewart’s wife – and Dean’s high school sweetheart – DEBBIE (Mary Elizabeth Ellis, NEW GIRL, “It’s Always Sunny in Philadelphia”); their two kids, 15-year-old LIZZIE (Hana Hayes, “Bucket and Skinner’s Epic Adventures”) and 13-year-old ETHAN (Connor Kalopsis, “Days Of Our Lives”); and Dean and Stewart’s father, the law firm’s head, DEAN SR. (William Devane, “24: Live Another Day”).

Dean and Stewart don’t see to eye to eye, but when they stop arguing with each other and start arguing together in court…they make a formidable team.

THE GRINDER is the story of two brothers, who took different paths, but meet again in the middle – for justice…sort of.