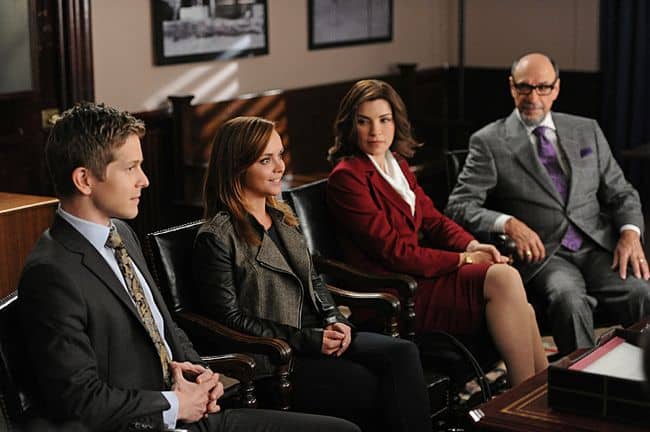 THE GOOD WIFE Season 4 Episode 7 Anatomy Of A Joke Promo : “Anatomy of a Joke” – Cary has an uneasy reunion with his father when he and Alicia travel to Washington, D.C., to advocate for a comedienne who is being sued by a television network for indecency.  Meanwhile, a former client turns to Alicia for help, and Diane and Will question Clarke’s latest strategy to help the firm out of debt, on THE GOOD WIFE, Sunday, Nov. 11 (9:00-10:00 PM, ET/PT) on the CBS Television Network.  Christina Ricci guest stars as comedienne Therese Dodd and John Shea guest stars as Nestor Agos, Cary’s father.  Bill Maher appears in a cameo as himself, Amanda Peet returns as Laura Hellinger and F. Murray Abraham returns as Burl Preston.