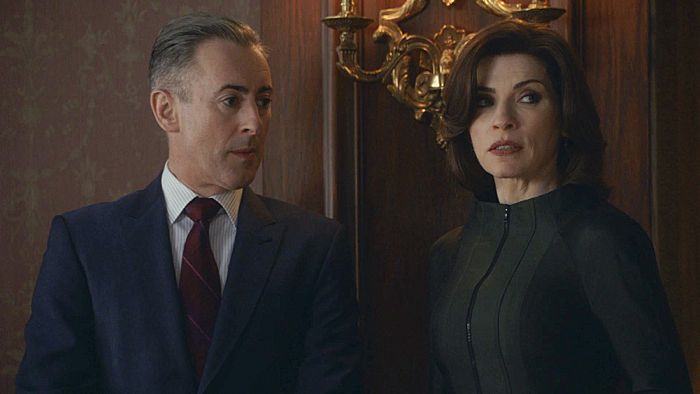 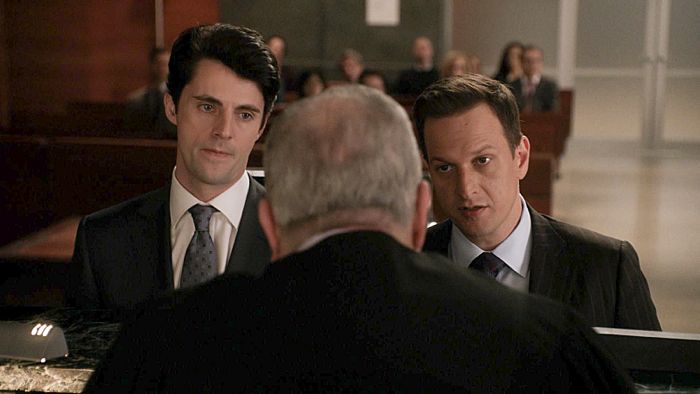 THE GOOD WIFE Episode 5.15 Photos Dramatics, Your Honor : “Dramatics, Your Honor” – Alicia enlists Cary as her lawyer when Nelson Dubeck approaches her to participate in a deposition regarding his investigation into election rigging.  Meanwhile, Will continues the difficult defense of Jeffrey Grant as he faces off against a new prosecutor who proves to be a formidable adversary, on THE GOOD WIFE, Sunday, March 23 (9:00-10:00 PM, ET/PT) on the CBS Television Network.  Matthew Goode guest stars as Finn Polmar, star prosecutor in the State’s Attorney’s Office.  Eric Bogosian returns as Nelson Dubeck, agent in the Office of Public Integrity.