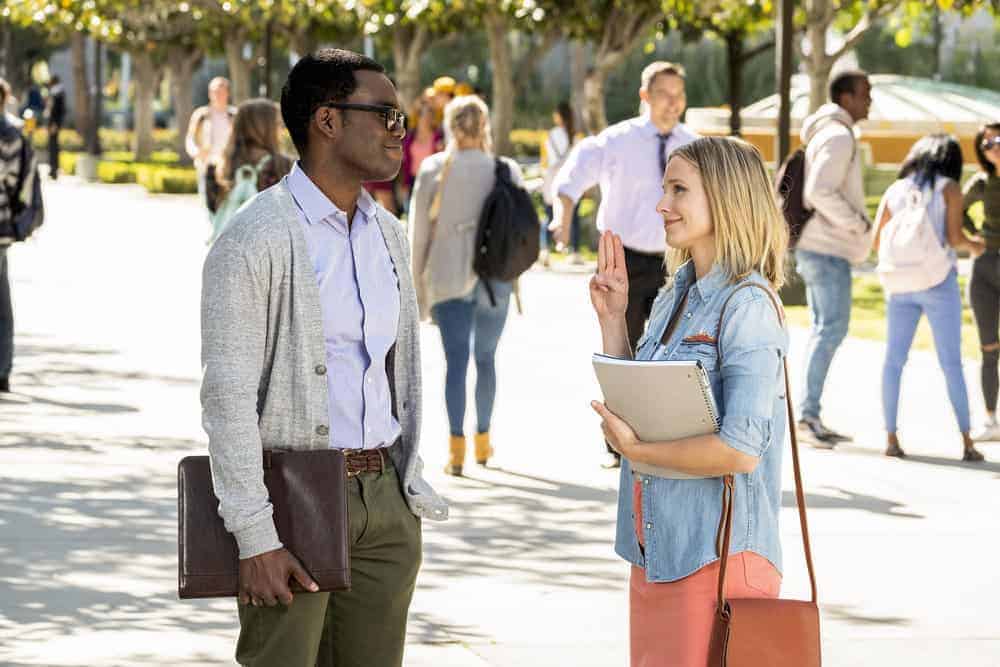 SEASON PREMIERE — Michael intervenes in the near-death accidents of Eleanor, Chidi, Tahani and Jason on Earth, in hopes that a second chance at life allows them to become better versions of themselves. THE GOOD PLACE Season 3 Episode 1 & 2 Photos Everything Is Bronzer.