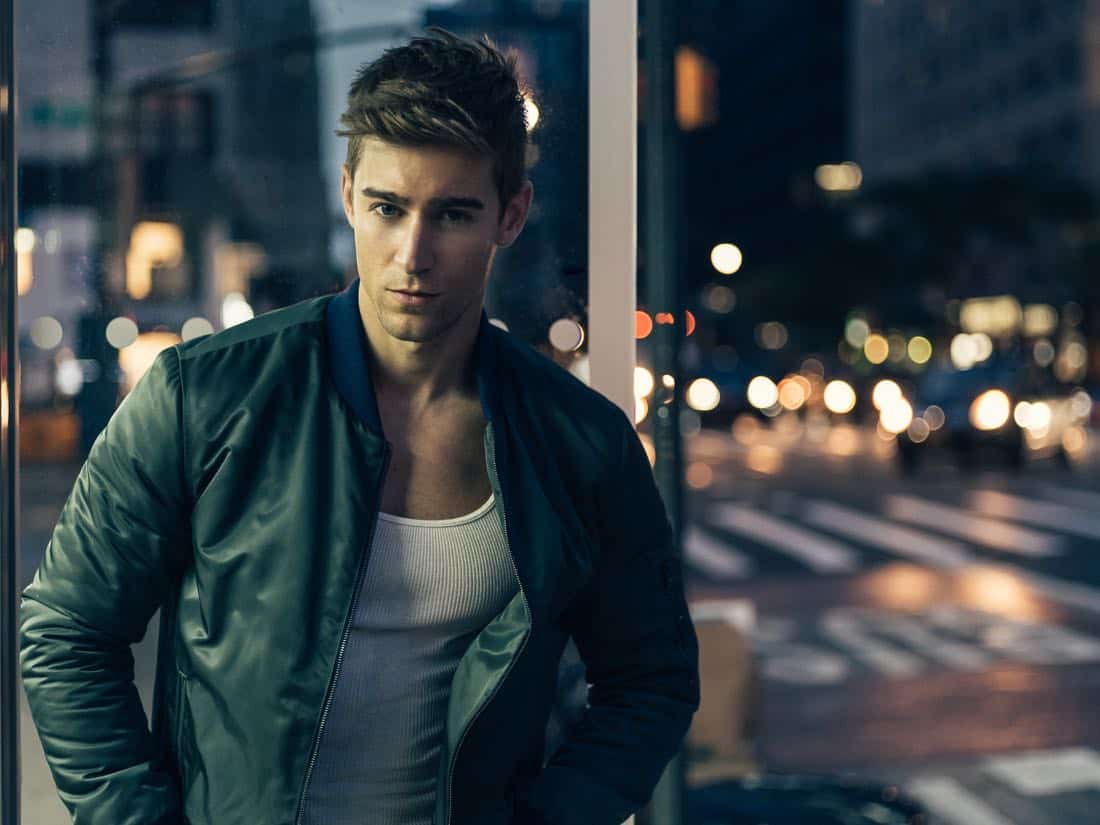 After the reveal that THE GOOD PLACE is actually a “bad place” in the Season 1 finale, viewers were left wondering how the show would reset and who was Eleanor Shellstroup’s (Kristen Bell) new soulmate Chris. In Season 2, it was with pleasure that Luke Guldan’s character Chris was further introduced and he has been a perfectly delightful addition to THE GOOD PLACE. In an exclusive interview, Luke Guldan talks about joining THE GOOD PLACE and what his acting journey has been like so far.

What initially appealed to you about portraying Chris and working on THE GOOD PLACE?
LUKE: Everything about it. The network, the people, the writers, producer, director, wardrobe! Everything was next level – sublime.

How would you describe who Chris is?
LUKE: Chris is simple. He’s really motivated to be the best soulmate he can be. He is all about Eleanor and staying fit – a man who knows how to prioritize.

What do you most admire most about Chris?
LUKE: His genuine joy for afterlife and uncanny ability to take direction literally.

What was it like working with such a talented ensemble as Kristen Bell, Ted Danson, William Harper, Jameela Jamil, Manny Jacinto and D’Arcy Carden?
LUKE: Everyone was on the top of their game and super cool. You can’t ask or wish for anything better. It was a blessing to have the opportunity to be a part of it.

Who did you get to work with the most and can you share a favorite scene that you can share from working with him/her?
LUKE: Ted Danson. There’s a scene where Danson has this maniacal laugh, which was my cue to enter into the scene. I was off camera, so I never actually got to see him laughing but I would have to wait and listen for his laugh right before entering. It was amazing. I’ll never forget that laugh.

What has been your favorite part about working on THE GOOD PLACE as a whole?
LUKE: The entire experience really has been amazing, but I have to say tearing off the suit was a blast.

As an actor, what has been the one thing you haven taken away from the experience of working on THE GOOD PLACE so far?
LUKE: Miracles can happen.

If such an event were to happen in your life, like finding yourself in THE GOOD PLACE, what would be the hardest part to adapt to?
LUKE: It seems there is a gym in THE GOOD PLACE – so I think I’d be alright.

What do you hope viewers take away from watching THE GOOD PLACE in Season 2?
LUKE: There really is no wrong time to get a workout in.

What do you think makes Chris the perfect soulmate for Eleanor?
LUKE: He’s good at listening.

What is your favorite fictional store with funny name within THE GOOD PLACE?
LUKE: Hawaii Five Dough.

How do Chidi (Wiiliam Jackson Harper) and Chris initially view each other?
LUKE: You know, I think Chris really is just singularly focused on his priorities – Eleanor and staying fit.

What has surprised you most about your career so far?
LUKE: I’d say the amount of surprises.

At this stage of your career, what do you think you have learned from the roles and projects you have worked on?
LUKE: What’s important.

Then what are the perks of where you are in your career right now?
LUKE: Perks is an interesting word…

If there were one previous role you would like to revisit, which would it be and why?
LUKE: THE GRADUATE. I feel I’ve grown a lot as a person in the last 6 years since I worked on that show and it’d be fun to revisit. The first year after college is such an exciting and potentially scary time in a persons life. There’s so much going on – it’s a great story and would interesting to get another go at it.

Do any of your characters and the situations they find themselves in ever leave a lasting impression on you?
LUKE: Yes – I think that’s one of the great parts about acting as a craft and career. Learning about humanity and about how/why people do things with the hope of growing as a person yourself.

Do you find any of you character’s habits manifesting in your own life? Like what?
LUKE: Definitely. I’ve been way more strict with the gym since working on Chris Baker.

Has there been any great advice you have gotten about working as an actor?
LUKE: “Stay fresh!” – simple and straightforward. That’s my kind of advise, clear and concise. (Thanks Al!)

What advice would you offer to other upcoming and aspiring actors?
LUKE: Everyone’s journey is so different and everything is always changing. But I’d just say go for it, live! Life’s short and your time is now! Get it.

Do you have any other upcoming projects that you can share that fans should keep an eye out for?
LUKE: I just finished working on a film called “FLUIDITY” directed by Linda Yellen. It’s a story about ten millennials living in New York City, whose sexual lives intersect in the age of social media.

To more of Luke’s character and the role he plays in torturing Eleanor in Season 2, be sure to tune in for all new episodes of THE GOOD PLACE on Thursday, September 28th at 8:30 p.m. on NBC. To follow Luke as his career continues, you can follow him on Twitter @LukeGuldan