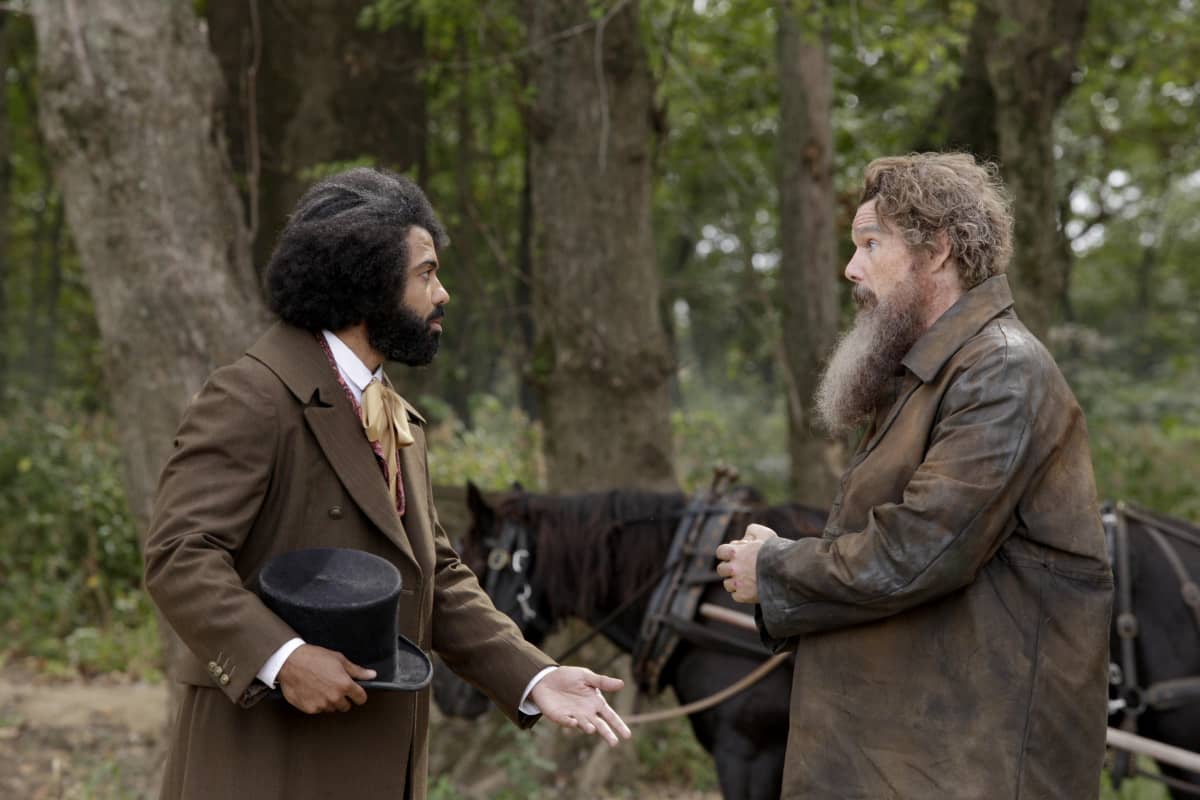 THE GOOD LORD BIRD Season 1 Episode 5 Photos Hiving The Bees – Onion and new recruit John Cook head to Harper’s Ferry to prepare for the arrival of John Brown and his army. However, Onion struggles to perform his mission of recruiting more African-American soldiers from the area when Cook’s reckless behavior threatens their exposure to suspicious neighbors. After several weeks of waiting, Brown, his army and his daughter Annie finally arrive—creating a new distraction for Onion: true love.