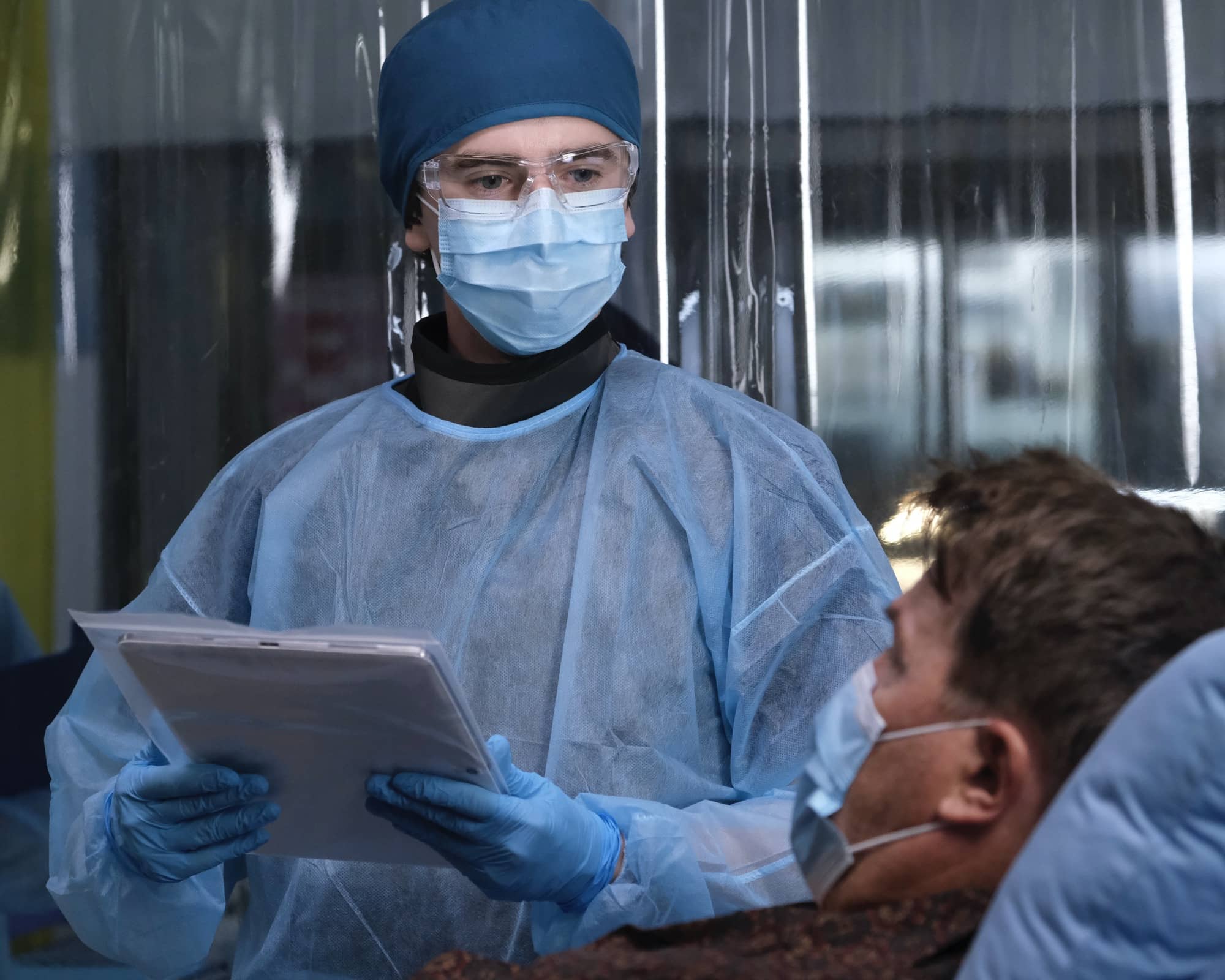 THE GOOD DOCTOR Season 4 Episode 1 Photos Frontline Part 1 – “Frontline Part 1” – In part one of the two-part season premiere of ABC’s “The Good Doctor,” Dr. Shaun Murphy treats a patient with an illness that is not only unpredictable in nature, but also unlike anything he or the team at San Jose St. Bonaventure has ever seen before. As safety protocols and quarantines increase due to the global pandemic, Lea and Shaun’s new relationship will become tested; and Dr. Alex Park gets ready to move back to Phoenix, Arizona, to be closer to his family. Meanwhile, Dr. Morgan Reznick navigates her way around the clinic following her departure from the surgery team and unknowingly puts herself and several members of the staff in danger. Finally, Dr. Claire Brown continues to work through her grief, still reeling from the sudden death of Dr. Neil Melendez, on all-new “The Good Doctor,” MONDAY, NOV. 2 (10:00-11:00 p.m. EST), on ABC. Episodes can also be viewed the next day on demand and on Hulu.

“Frontline Part 1” was written by David Shore and Liz Friedman, and directed by Mike Listo.