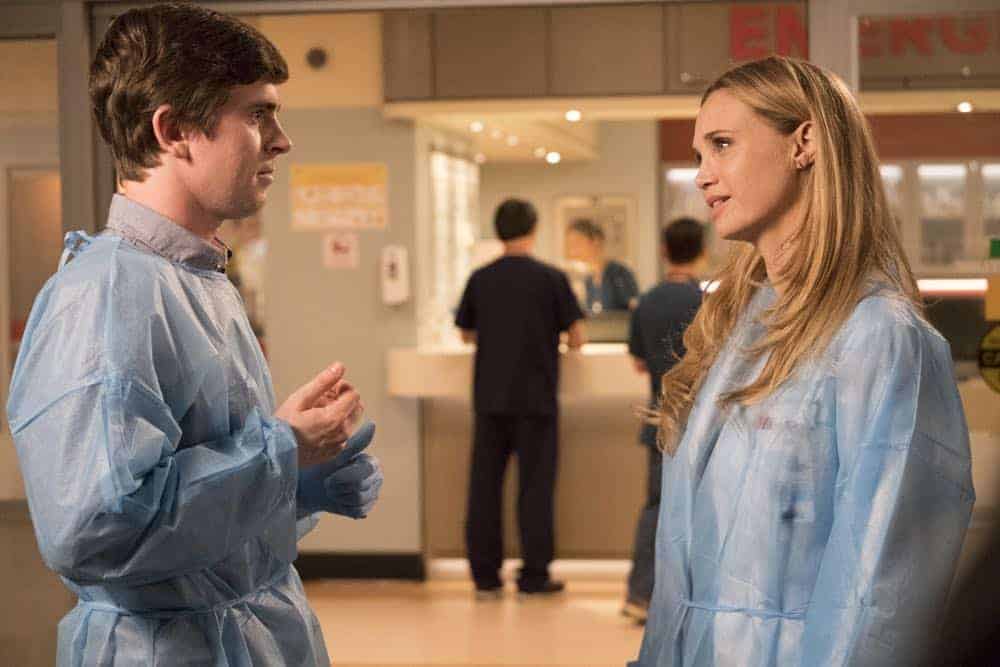 THE GOOD DOCTOR Season 2 Episode 3 Photos 36 Hours – “36 Hours” – Dr. Melendez, Dr. Brown and Dr. Park have given a young married couple two choices about their future: save the wife’s life or their future ability to start a family. Meanwhile, when Dr. Lim has to take care of some personal business, she leaves oversight of the emergency room to Dr. Murphy and Dr. Reznick; and Dr. Glassman’s post-op recovery leaves him struggling to get the rest he needs for recovery and also confronting his relationship with his daughter, on “The Good Doctor,” MONDAY, OCT. 8 (10:00-11:00 p.m. EDT), on The ABC Television Network, streaming and on demand.

“36 Hours” was written by Thomas L. Moran and directed by Larry Teng.

“The Good Doctor” is broadcast in 720 Progressive (720P), ABC’s selected HDTV format, with 5.1-channel surround sound. A TV parental guideline will be assigned to this program at a later date.