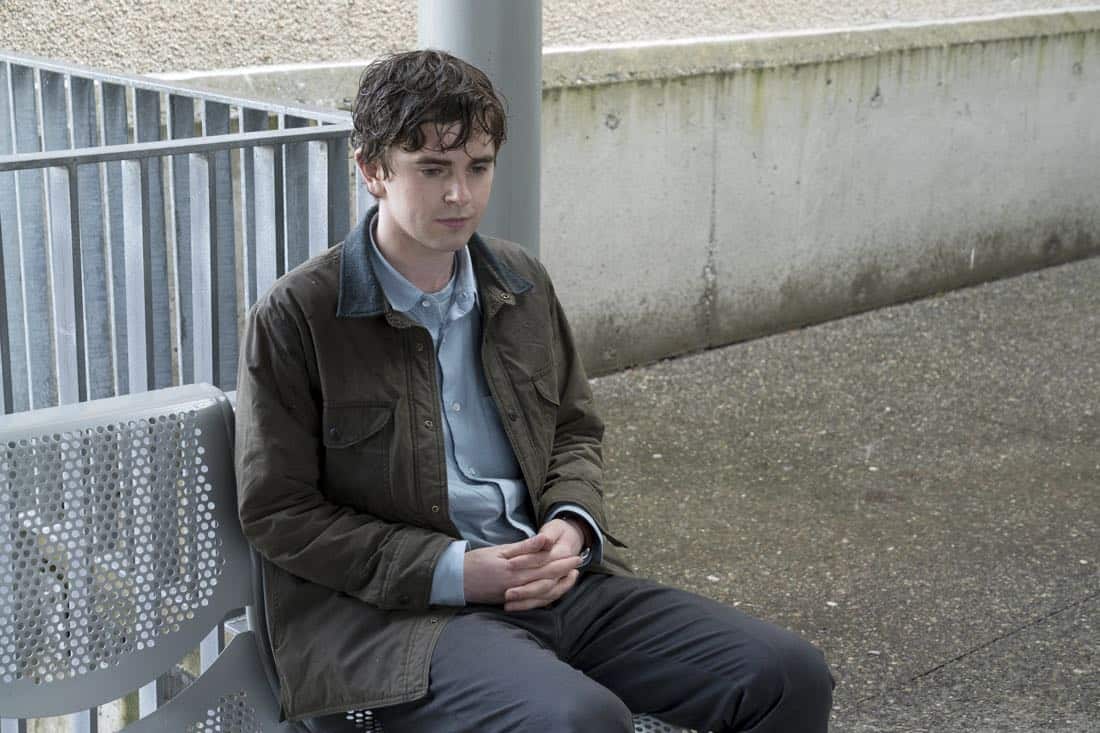 In the new ABC drama series THE GOOD DOCTOR, Freddie Highmore stars as Dr. Shaun Murphy, a gifted young surgeon, remarkably adept at using his knowledge and skills to save lives in spite of having autism. Brought to the television screen by executive producers David Shore and Daniel De Kim, THE GOOD DOCTOR is a surprisingly heartfelt and touching look at a young doctor integrating into a new hospital and navigating through the social challenges he finds along the way. In an exclusive interview at this past summer’s Television Critics Association tour, Freddie Highmore talked about his character Shaun’s unique perspective and journey Shaun undertakes in Season 1 of THE GOOD DOCTOR.

Coming off BATES MOTEL, what excited you about this project?
FREDDIE: Two things: the chance to work with David Shore and the creative writing that he does, and also, the character. It’s a fascinating character.

You’ve playing back-to-back two characters that are very cerebral — they’re in their heads a lot. Is that a comfortable place for you to live, or is that for you just another challenge?
FREDDIE: I don’t know. I’ve never really thought of Norman [Bates] and my character Shaun [in THE GOOD DOCTOR] as being in any way similar. I think, for me, a lot of it was doing the required amount of research to play Shaun as authentically as possible. Obviously, some things come from research that I’ve done, and David and I have had conversations together – the literature we shared back and forth, the documentaries, and also the chats that we’ve had — and discussions with various experts who know much more than we do.

Is there a certain comfort for you in portraying a character that is so confident and curious that nothing else really matters?
FREDDIE: Yeah, in some ways. I wouldn’t say that Shaun is particularly confident. I think he does have a strong sense of who he is and what he wants to do with his life, and there’s a comfort that’s inherent in that. But I would say in terms of social interactions, he isn’t quite as comfortable. I think something that’s interesting about it is that he feels the most at home in the hospital, as opposed to elsewhere. I think that’s where he feels that he’s really arrived and is doing something, doing what he wants to do.

You mentioned in the TCA panel there could be a romance involved in his life. Is that something that clues you in on what’s coming in the script?
FREDDIE: [Laughs] Maybe.

Is that something you discussed with David Shore before taking the role, that he would have a life beyond the hospital?
FREDDIE: Yes. I certainly asked, as you would with any character about the arc of the season and potentially the series down the line, how Shaun will develop and change. Of course, he has autism, and that won’t change. But how he learns to in some ways adapt to the situation and in spite of it. And also, how other people around him will adapt to the world that he experiences and try to understand him better.

He may not socially interact the same way, but is he aware of social cues? Or is it something that doesn’t always register for him?
FREDDIE: I think it depends. I always feel wary giving definitive answers to that respect, because I feel like it’s all dependent on a particular situation that he finds himself in. But yes, I think he does struggle with communication and with understanding certain social cues.

It seems he doesn’t distinguish between wanting to welcome him into an environment as a friend versus somebody who may not be as welcoming.
FREDDIE: Yes. I think a lot of the discussion, and quite rightly, about the show will center on the fact that Shaun has autism. But at the same time, I don’t think it is about his autism. He’s not defined by that.

I think he’s trying to find his niche in the world, and that’s it for anybody whether they are autistic or not.
FREDDIE: He is. Hopefully all of us can identify with him in a little sense. He had a church, which I identify with. People are trying to find someplace they feel comfortable, at home, and welcome. And he himself has spirituality, in a sense. I like that aspect.

To meet Dr. Shaun Murphy and see the world through his eyes, be sure to tune in for the premiere of THE GOOD DOCTOR on Monday, September 25th at 10:00 p.m. on ABC.