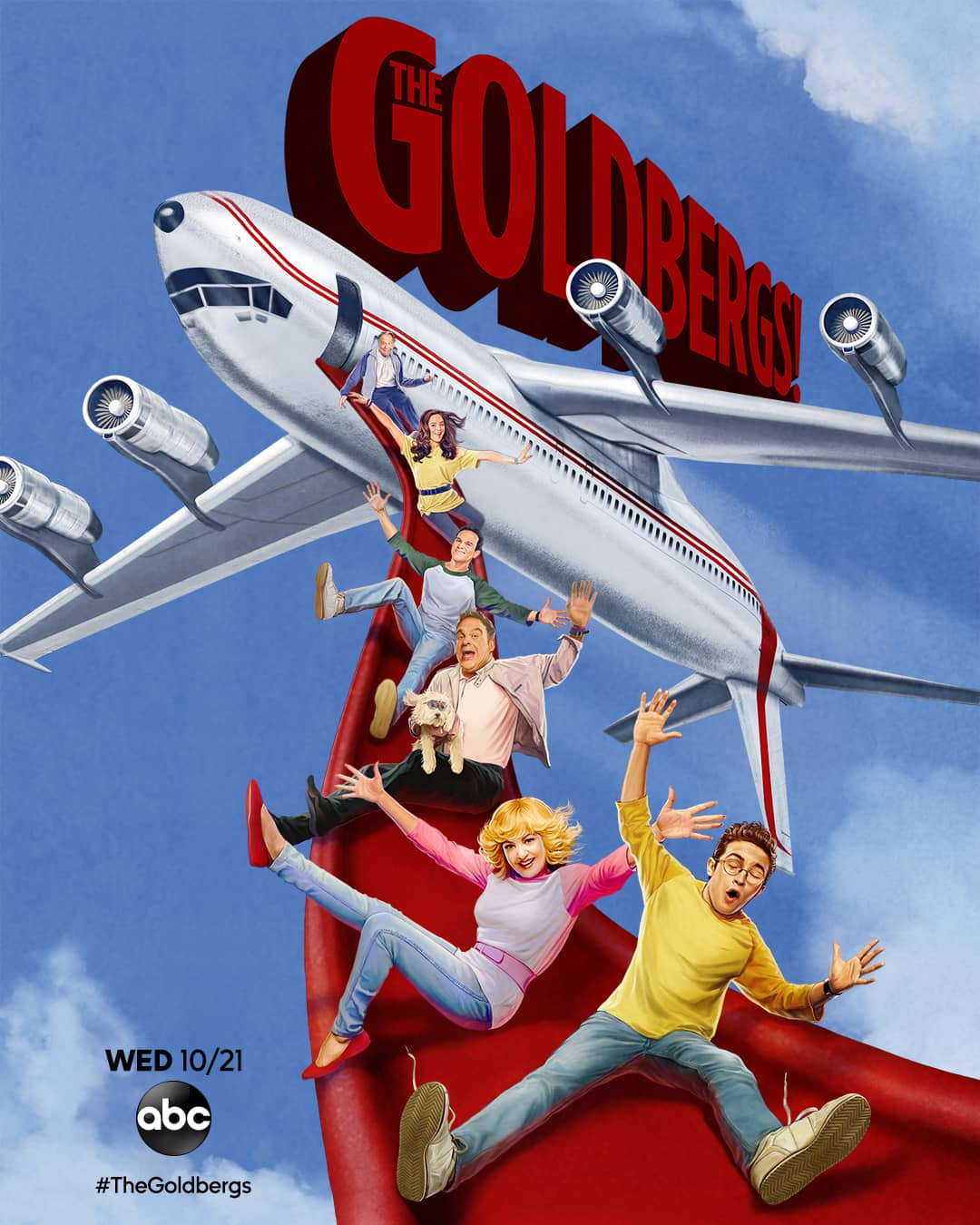 “The Goldbergs” continues its yearly movie homage season premiere tradition with a nod to the ’80s classic comedy “Airplane!” and has released new key art and a promo. The episode airs WEDNESDAY, OCT. 21 (8:00-8:30 p.m. EDT), on ABC, as part of a one-hour event with back-to-back episodes of the long-running comedy.