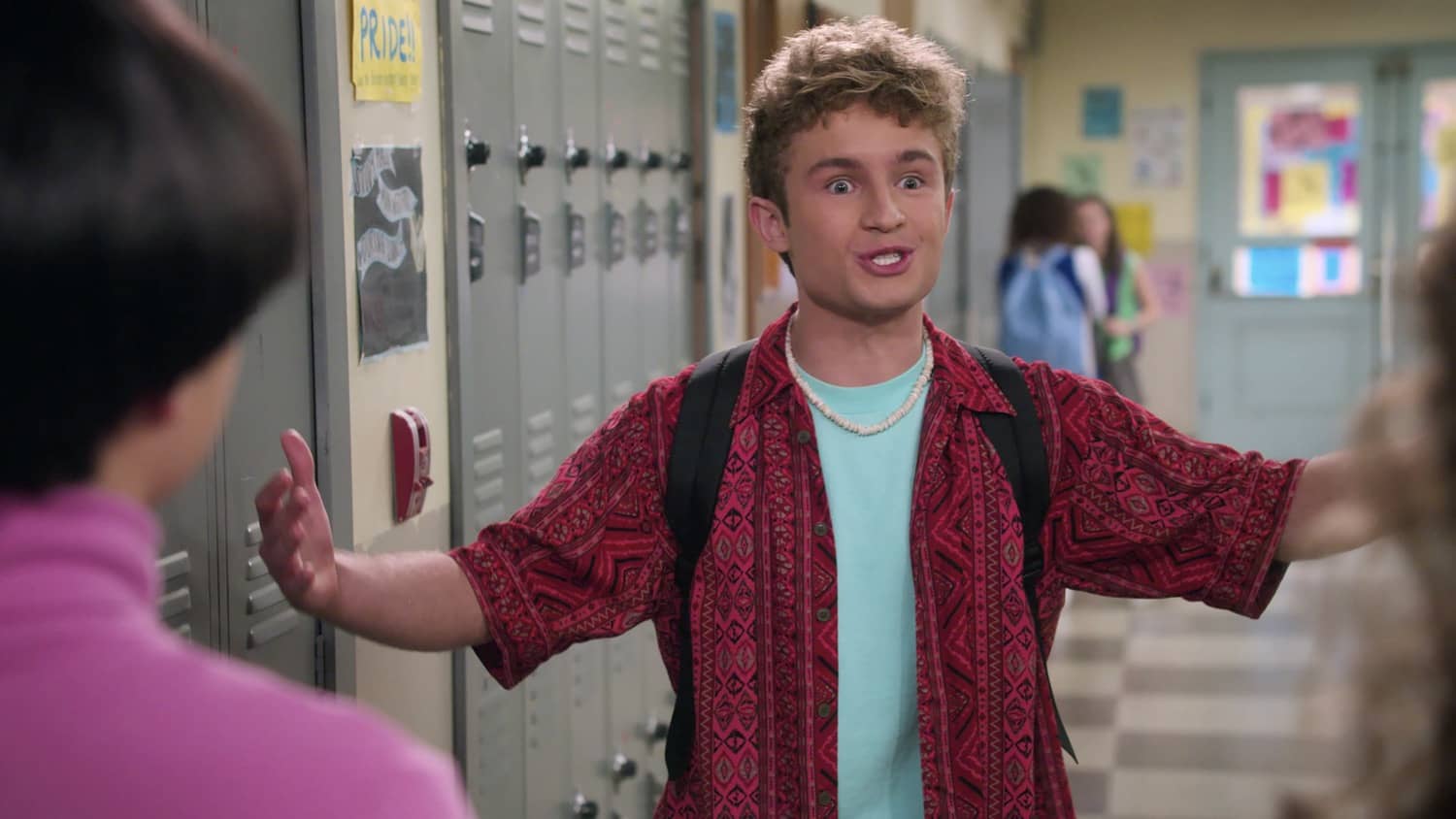 THE GOLDBERGS Season 8 Episode 2 Photos The Prettiest Boy In School – For the first time, the series’ eighth season will kick off with an hour’s worth of laughs during back-to-back new episodes of “The Goldbergs,” WEDNESDAY, OCT. 21 (8:00-9:00 p.m. EDT), on ABC. Episodes can also be viewed the next day on demand and on Hulu.

In the “Airplane!” episode (8:00-8:30 p.m. EDT), Beverly surprises the family with an end-of-summer vacation to Miami with the flight down resembling the classic film, and Geoff accidentally spills to Erica the real reason for the trip.

In “The Prettiest Boy in School” episode (8:30-9:00 p.m. EDT), Adam, now a senior, returns to William Penn Academy as he wrestles with the fact that he is a cool kid and no longer a nerd while his original friend group isn’t as lucky. Meanwhile, Beverly attempts to have a more grown-up relationship with Erica and Barry before they head back to college.

“Airplane!” was written by David Guarascio and directed by Eric Dean Seaton.

“The Prettiest Boy in School” was written by Matt Roller and directed by Lew Schneider.