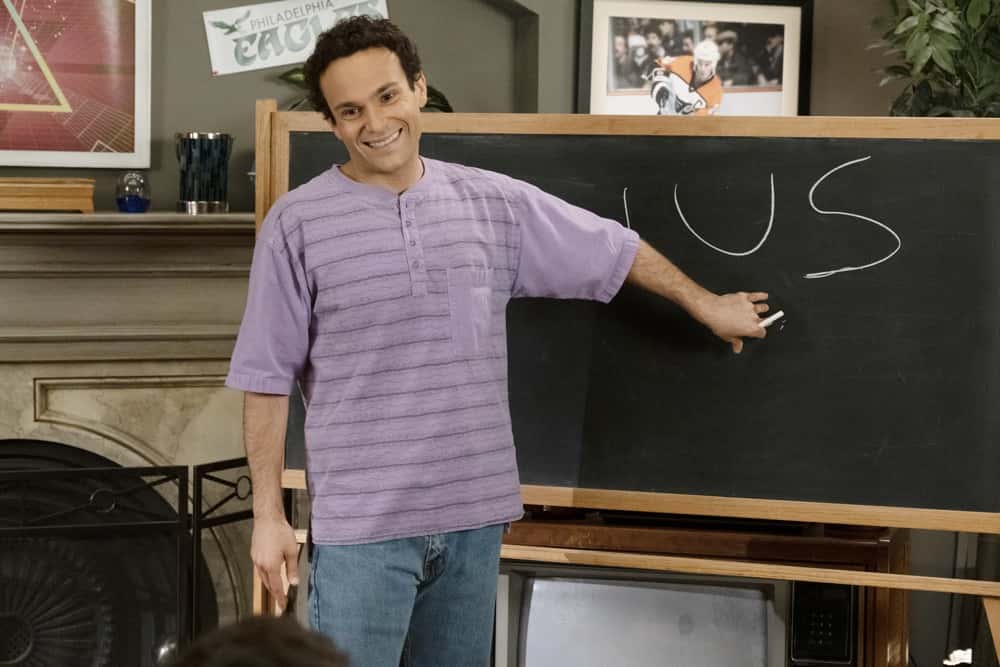 THE GOLDBERGS Season 8 Episode 18 Photos The Dating Game– Trying to move on from their breakup, Erica goes on a date with a guy from the coffee shop while Geoff ends up on an episode of “The Dating Game,” which winds up making things even more difficult for them both. Meanwhile, Beverly is thrilled to learn that Murray has spontaneously purchased a shore house until she realizes it’s not quite the luxury home she imagined on a new episode of “The Goldbergs,” WEDNESDAY, APRIL 21 (8:00-8:30 p.m. EDT), on ABC. Episodes can also be viewed the next day on demand and on Hulu. s08e8 8×18 8.18 s8e18

“The Dating Game” was written by Vicky Castro and directed by Ryan Krayser.

he Goldbergs return! Everyone’s favorite ‘80s family is back and radder than ever. This season is bound to be historic as meddling Mama Beverly and delightful curmudgeon Murray are faced with an (almost) empty nest! Last year, eldest kid Erica decided the life of wanna-be rockstar wasn’t for her, so she set her sights on heading back to school and actually trying this time. Meanwhile, Hot-tempered middle child Barry has graduated and is ready to move on from his longtime love, Lainey Lewis, and reinvent himself in college.