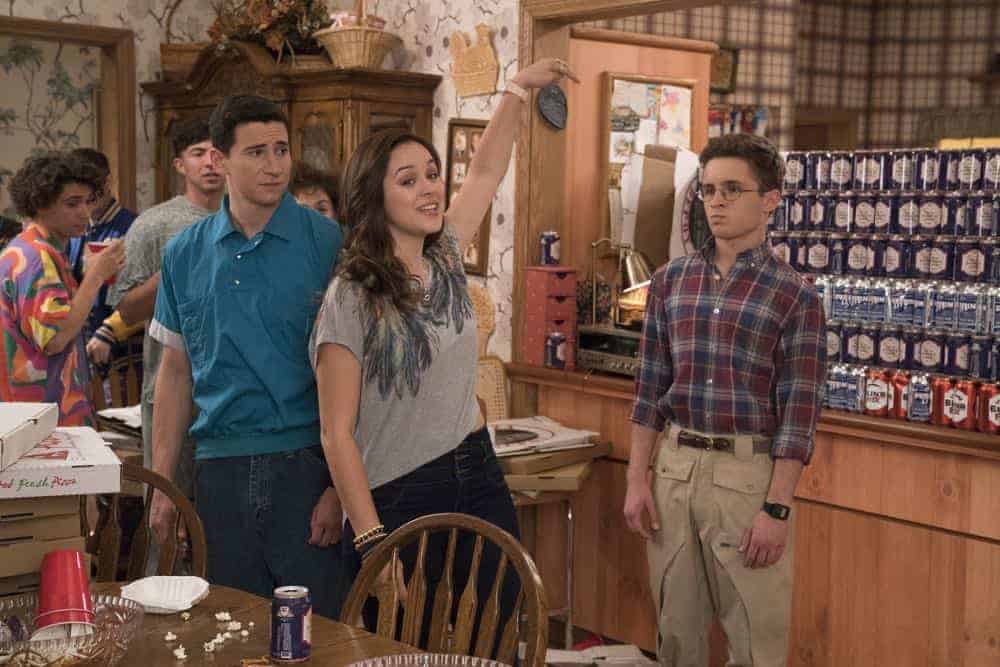 “Sixteen Candles” – It’s Adam’s 16th birthday, but his parents are too distracted by Barry and Lainey’s engagement and Erica’s band ambitions to remember their youngest son’s big day. But the situation presents an opportunity for Adam to ask Erica to put him on the high school social map. Meanwhile, Beverly thinks she can scare Barry and Lainey straight with the reality of being adults, on the season premiere of “The Goldbergs,” WEDNESDAY, SEPT. 26 (8:00–8:30 p.m. EDT), on The ABC Television Network, streaming and on demand. THE GOLDBERGS Season 6 Episode 1 Photos Sixteen Candles.

“Sixteen Candles” was written by Alex Barnow and directed by Lew Schneider.

The Goldbergs are back, and it’s gonna be an epic year for everyone’s favorite ‘80s family. For starters, there’s gonna be a wedding! Meddling mama, Beverly, is thrilled all her schmoos are back under the same roof. It gives her one last shot at smothering like the old days, while delightfully grumpy dad, Murray, weighs the costly snap-decisions of his moron kids. Temperamental middle child and groom-to-be, Barry, is psyched to top off his legendary senior year by marrying the love of his life, Lainey Lewis, who’s back in town and amping up to join one of the zaniest families on the block. Meanwhile, oldest sister, Erica, dropped out of college to pursue her lifelong dream of rock stardom. The only catch is now she has to chase that dream under the same roof she grew up in and recently escaped. One person thrilled that Erica’s back is her lovable, dopey, doting boyfriend, Geoff Schwartz. Naturally, all the craziness will be captured on clunky VHS camera by budding filmmaker and youngest son, Adam. This year, Adam finds himself settling into his geeky identity in high school while navigating life and girlfriends in the midst of all the chaos at home.

Rounding out the brood is beloved grandfather Al “Pops” Solomon. As always, the treasured, reliable patriarch of the Goldberg crew can be counted on for a timeless piece of wisdom when his family needs it most – or at least a shared deli sandwich and a laugh.

This year finds the Goldbergs in their wildest, funniest and most heartfelt season yet. With the entire clan back under one roof, emotions (and hilarity) will run high as they steer through a year no one could’ve imagined. And yet, despite everything changing for the Goldberg family, one thing always stays the same. No matter how hectic life gets, when they go through it together, that’s when the happiest memories are made.