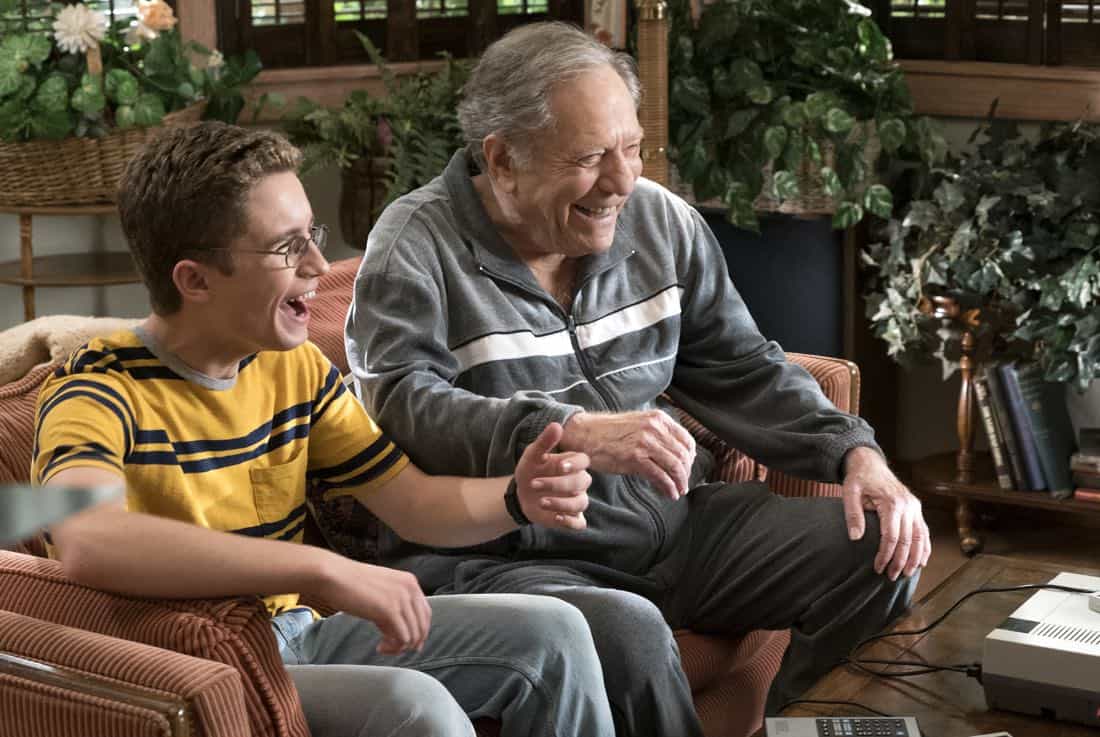 “Hogan Is My Grandfather” – Adam is assigned a term paper on a great person in history, and he decides to make a movie about his grandfather but finds all of Pop’s war stories mundane.  Pops takes matters into his own hands and decides to tell more exciting stories based on an old television series. Meanwhile, Erica returns home to confront Beverly for over-mothering her. Murray insists Beverly teach Erica and Barry basic life skills, but she worries Erica and Barry will be too independent, on “The Goldbergs,” WEDNESDAY, OCTOBER 4 (8:00–8:30 p.m. EDT), on The ABC Television Network.

“Hogan is My Grandfather” was written by Marc Firek and directed by Lew Schneider.

THE GOLDBERGS Season 5 Episode 2 Photos Hogan Is My Grandfather