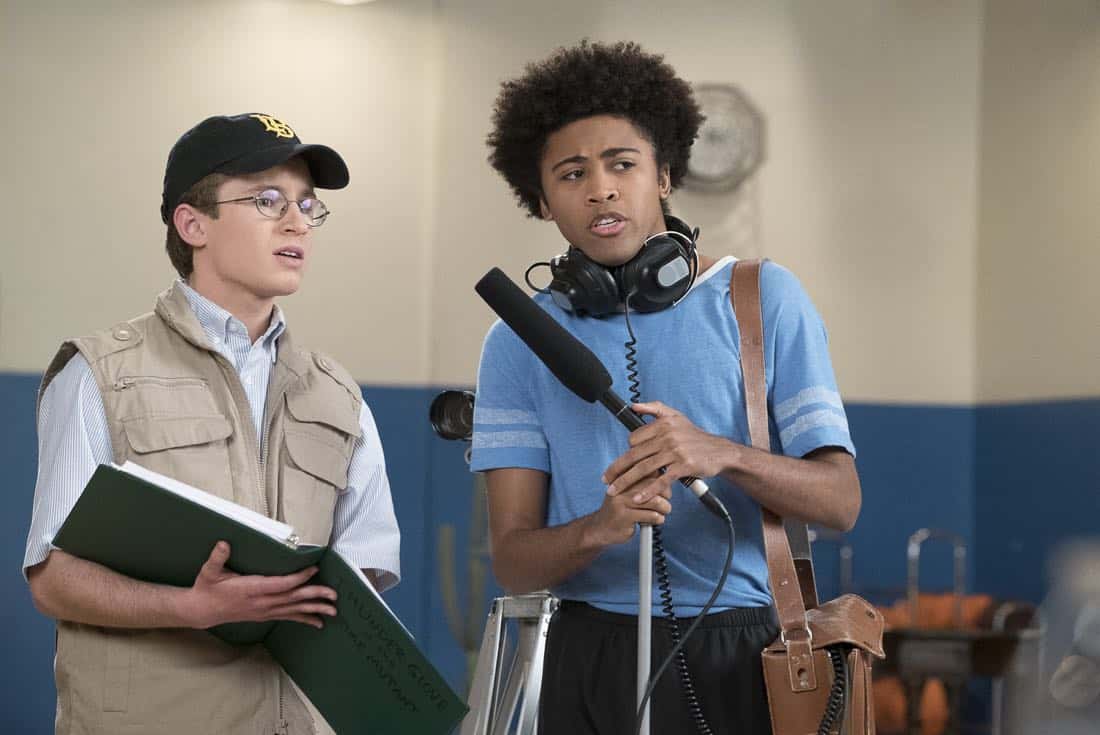 “Adam Spielberg” – Adam loves director Steven Spielberg so much and decides to film an original script he wrote about Indiana Jones and his passion for directing is called into question.  Meanwhile, Murray and Barry make a bet about whether or not a cheesesteak sandwich in New Jersey is the best one ever, on “The Goldbergs,” WEDNESDAY, MARCH 7 (8:00–8:30 p.m. EST), on The ABC Television Network, streaming and on demand. THE GOLDBERGS Season 5 Episode 15 Photos Adam Spielberg

The VCR-loving, mixtape-making, spandex-wearing Goldbergs are back! For geeky and movie obsessed youngest child Adam (Sean Giambrone), his wonder years were spent documenting the hilarious and awkward antics of his colorful family. Mom Beverly (Wendi McLendon-Covey) is at her best when she’s meddling, matchmaking and bedazzling her way through life, while Dad Murray (Jeff Garlin) parents from the comfort of his recliner in his underpants.

Oldest sister Erica (Hayley Orrantia) dreams of being a pop star if she can only overcome her secret love of all things uncool. Then there’s middle child Barry (Troy Gentile) who’s just as in touch with his emotions as he is with his sick rap skills, which is how he landed Erica’s best friend and the hottest girl in school, Lainey (AJ Michalka), as his girlfriend. Rounding out the brood is beloved grandfather Al “Pops” Solomon (George Segal), the wild man of the clan, a shameless Don Juan who enjoys family time with his grandkids almost as much as his weekly massages. This season finds the siblings fighting off huggies, snuggies and nubbies, as they navigate what it means to grow up as a Goldberg.

“Adam Spielberg” was written by Steve Basilone from a story by Adam F. Goldberg and directed by David Katzenberg.