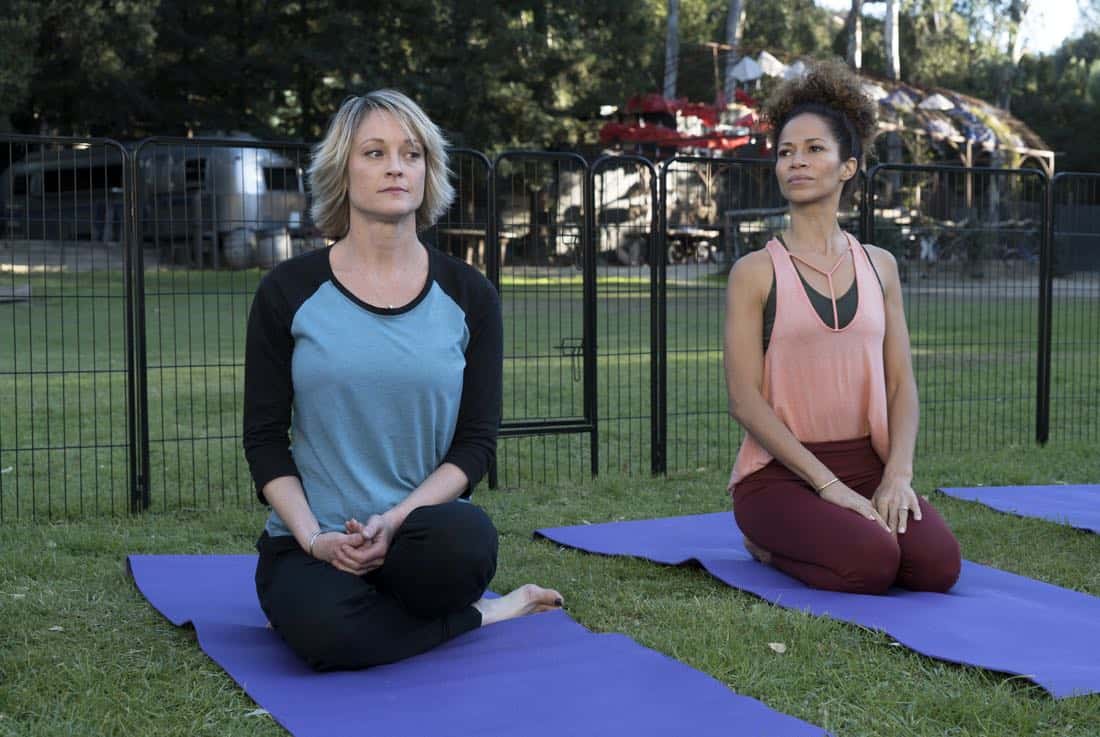 In the 100th episode, Brandon and Grace go on a road trip and discover a lot about each other, while Mariana and Emma vie for a competitive internship. Stef and Lena go on a couples retreat to reconnect. THE FOSTERS Season 5 Episode 18 Photos Just Say Yes.

“The Fosters” is a compelling, one-hour drama about a multi-ethnic family mix of adopted and biological teenaged kids being raised by two moms. Stef Adams Foster, a dedicated police officer, and her wife, Lena Adams Foster, a school vice principal, have built a close-knit, loving family with Stef’s biological son from a previous marriage, Brandon; their adopted twins, Mariana and Jesus; and adopted siblings, Jude and his half-sister Callie.