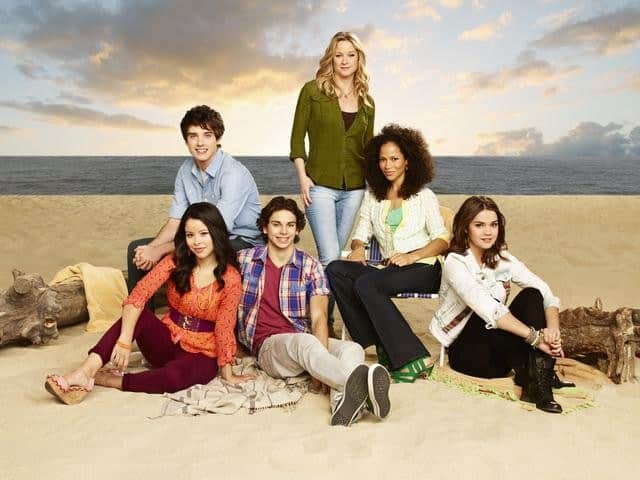 ABC Family’s newest foray into hour-long drama is THE FOSTERS, premiering tonight at 9 p.m. ET. It’s about two moms raising a bunch of children, most starting as foster children, in their blended household. In the first episode, “Pilot,” the household is shaken up when a new girl joins the clan.

The network definitely checks all its boxes when casting this series. The homosexual parents at the center are also in an interracial relationship. Besides one biological son, they have taken in a pair of Latino twins. This is a true twenty-first century family, of the type that has not existed historically before this current age.

The positives of a series like this are that it fosters, excuse the pun, acceptance of diversity and teaches the young people that watch it not to judge or hate. This is an admirable concept to push forward, and despite some religious groups’ protestations, this is a good thing that will help make our society more inclusive. Everyone is equal and deserves to be treated the same.

The problem is, THE FOSTERS gets a little preachy in that message. One character even says in the “Pilot” to another that they are not disposable. It’s the right message, but delivered a bit too heavy-handed. Yes, the characters depicted should be held up as role models, but their actions tell the story well enough without beating us over the head with it.

The real issue I have with THE FOSTERS, though, is that lack of chemistry in the cast. Teri Polo (Meet the Parents, The West Wing) plays Stef, a cop who is married to Vice Principal Lena (Sherri Saum, Gossip Girl, In Treatment). There is no love to be felt between the two, especially coming from Polo’s side. As much as I have enjoyed Polo in other programs, I wonder if she can’t play convincing lesbian, or if she is having trouble connecting with the material. Either way, it makes it hard for viewers to get into it, too.

Similarly, the twins that Stef and Lena take in, Jesus (Jake T. Austin, Wizards of Waverly Place) and Mariana (Cierra Ramirez, The Secret Life of the American Teenager), don’t even see like friends, let alone brother and sister. And there is no affection present between Stef’s biological son, Brandon (David Lambert, Aaron Stone), and his girlfriend, Talya (Madisen Beaty, Benjamin Button), who is very clearly just a placeholder until Callie (Maia Mitchell, Castaway, Trapped) comes along.

Which brings up another problem with the series: forced drama in unbelievable scenarios. How can Stef and Lena possibly give Callie a home with them if she’s just going to hook up with their son? Not to mention, Stef’s new partner on the force is Brandon’s father, Mike (Danny Nucci, The Boot at the End), who requests to work with her in a really out-of-sync scene, despite the complications this brings to Stef’s marriage. Mariana is secretly selling drugs so she can give her bio-mom money, someone Stef and Lena are happy to help Mariana connect with, but Mariana is going behind their backs to see. And all the teens attend the school Lena works at, a very progressive charter school where teachers are addressed by their first name and the students can go behind the building and surf, since it is built on a beach.

All of this adds up to a big old mess. While I like the idea of THE FOSTERS and some of the cast, especially the adults, nothing really adds up to the sum of its parts. The acting is weak, the dynamics are off, and the setting is far less than realistic. It doesn’t flow right, and I didn’t find myself caring about any of the characters, including Callie, who is sort of the main protagonist, and has a very serious problem that must be addressed in the first hour. If she can’t be sympathetic, no one in this series can.

If ABC Family’s goal is to appeal to the same viewers that eat up their currently popular shows, THE FOSTERS should suffice, as it is on par in terms of quality. But with other cable networks doing projects that are so much better, this one pales in comparison, and will get lost to the discerning viewer.

The advantage ABC Family has is that they have no direct competition to the niche that they serve. If anyone else decides to get into the game, it won’t be too hard to beat THE FOSTERS and their ilk.